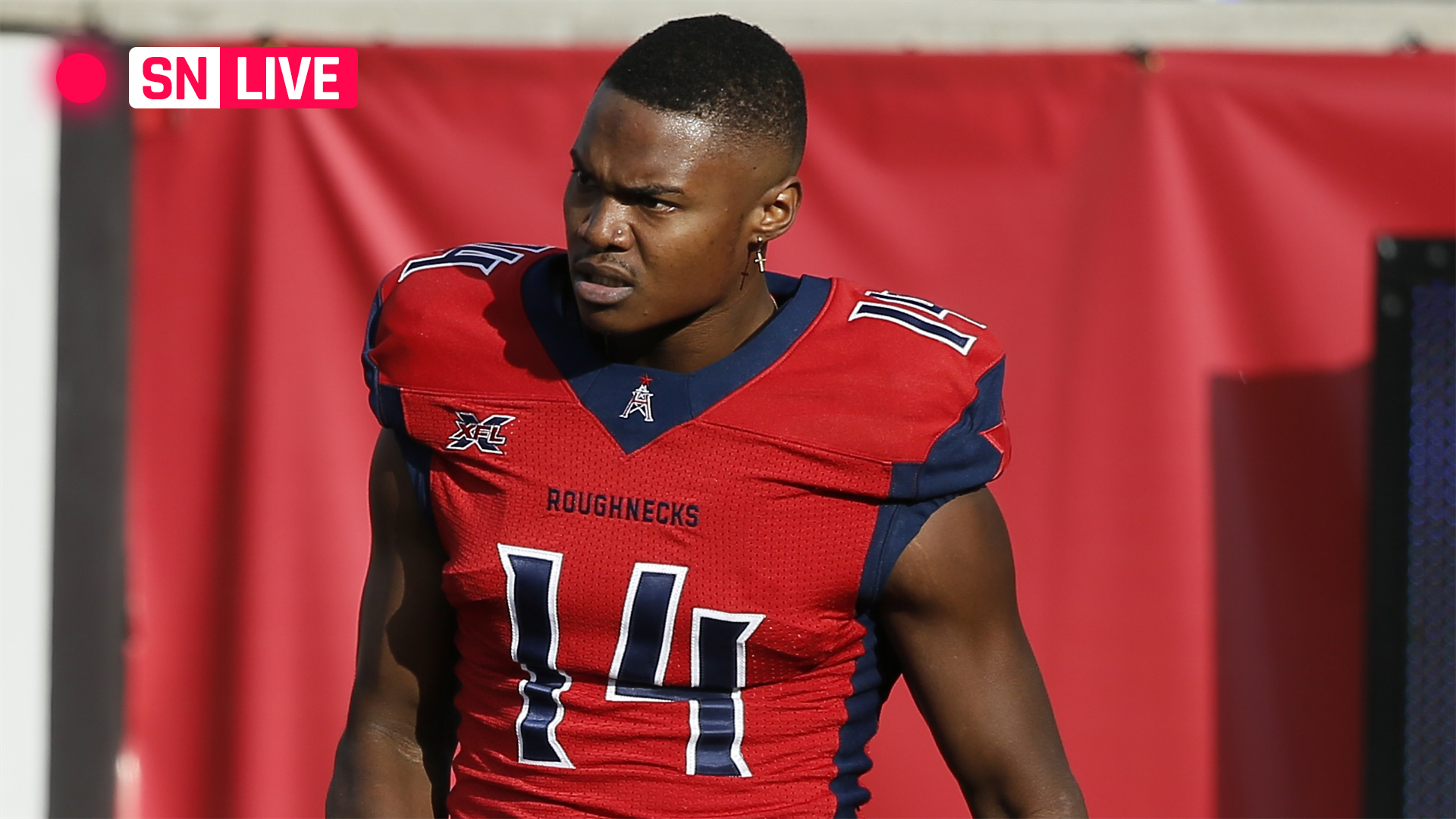 The midway point of the XFL season is here as we enter Week 5.

Saturday’s slate of games brings us the Seattle Dragons at Houston Roughnecks and the New York Guardians at Dallas Renegades. Below, you’ll be able to follow along with both games as we provide live analysis, scores, highlights and more from the Week 5 games.

Full previews and betting odds can be found in my prediction column from earlier in the week. This week, I expect the Roughnecks to remain unbeaten at home while the Guardians pull off a road upset. Houston has been the most dominant team in the XFL so far with a league-high 16 touchdowns (second-closest is 12). Quarterback P.J. Walker is the clear MVP favorite at this point, and has likely drawn the interest of several NFL teams.

While I expect the Roughnecks to win, it should be fun to see what Seattle does. Last week, they benched starting quarterback Brandon Silvers in favor for a more mobile option in B.J. Daniels. Seattle hasn’t named its starter for Week 5 yet, but the offense ran so much better with Daniels under center.

As for the second game, the Guardians pulled off a surprising win last week after starting third-string option Luis Perez at quarterback. Perez won’t wow you with his play, but he has an efficient style that fits New York’s needs. The Guardians will be going up against a Renegades team that will be without starting quarterback Landry Jones.

The Renegades are 0-2 at home, so perhaps home field advantage isn’t at play in this one.

MORE: The XFL is in ‘Madden 20’ thanks to a dedicated team that made it happen

4:05 p.m.: What. A. Game. Houston wasted no time scoring on its own as a big 48-yard play from P.J. Walker to Cam Phillips helped lead to another scoring drive. Finishing it off was James Butler who ran it in from eight yards away for his second touchdown of the game. Houston attempted a 3-point play after to try and tie the game, but was unsuccesful. Dragons 23, Roughnecks 20.

3:58 p.m.: It wasn’t a touchdown, but it was really close. The Dragons intercepted P.J. Walker to start off the Roughnecks’ first possession of the second half, and returned it just shy of the goal line. On the play immediately after, B.J. Daniels ran it in for a 1-yard score. The Dragons’ 2-point try was unsuccessful, but Seattle is giving the No. 1 team in the XFL a tough game. Dragons 23, Roughnecks 14.

The Dragons came out with an impressive start, stopping Houston’s offense early. Seattle even forced a fumble, which led to a touchdown for themselves. The Dragons jumped out to a 14-0 lead, which was the biggest deficit Houston had seen all season. But the Roughnecks came roaring back with two great drives and some defensive stops to tie things up before halftime.

3:19 p.m.: The Roughnecks put together an impressive 90-yard drive that resulted in a touchdown. The drive was capped off by a 1-yard run by James Butler, but the main highlight from the drive was a 42-yard catch by Sam Mobley. After that it was just a series of good plays that moved the ball down field quickly. Houston then attempted a 2-point play after to tie the game, and converted on a pass from P.J. Walker to Nick Holley. Roughnecks 14, Dragons 14.

3:00 p.m.: Well, it didn’t take too long for Houston to respond to its biggest deficit of the season. P.J. Walker found Nick Holley wide open, and Holley then made a nice move to break free for a 50-yard touchdown. Houston attempted a 3-point play afterwards, but was unable to convert.

2:51 p.m.: The Dragons came to play. Entering the game as big underdogs, the Dragons have come out strong, scoring yet another touchdown. This time it was Trey Williams who ran it in from 17 yards out. To cap things off, Austin Proehl caught the 2-point play. Dragons 14, Roughnecks 0.

2:26 p.m.: The Dragons go for it on fourth down and it pays off. B.J. Daniels scores on a QB power run. The Dragons then attempted a 2-point play, which failed. Dragons 6, Roughnecks 0.

2:20 pm.: Seattle’s defense showed up today. The Dragons take P.J. Walker by surprise with a sack and forced fumble. The Dragons recovered it, and are set up in the red zone immediately.

2:11 p.m.: As we expected, the Dragons are going with B.J. Daniels at quarterback. Not only that, but Brandon Silvers is inactive completely. This means WR Keenan Reynolds, who played quarterback at Navy, is the backup for Seattle.

2:05 p.m.: Roughencks coach June Jones told the TV broadcast he’s going to throw the ball deep on the first play. It’s almost as if Seattle was listening in, because the Dragons were fully prepared. Their cornerback nearly intercepted the ball.

This game kicks off at 5 p.m. ET on FOX. We will provide updates when the game begins.

Marlie Packer believes the England squad are in the safest possible environment; Watch England face Italy in their final match...

Golfing legend Jack Nicklaus told the world Wednesday who he voted for in this year's U.S. presidential election: the incumbent, Donald...

Tuesday night should have been a joyous celebration for baseball. The improbable 2020 season, one that could have either never...

Should I cancel my flight? Will recirculated air on a plane spread coronavirus? Here’s what you need to know before traveling