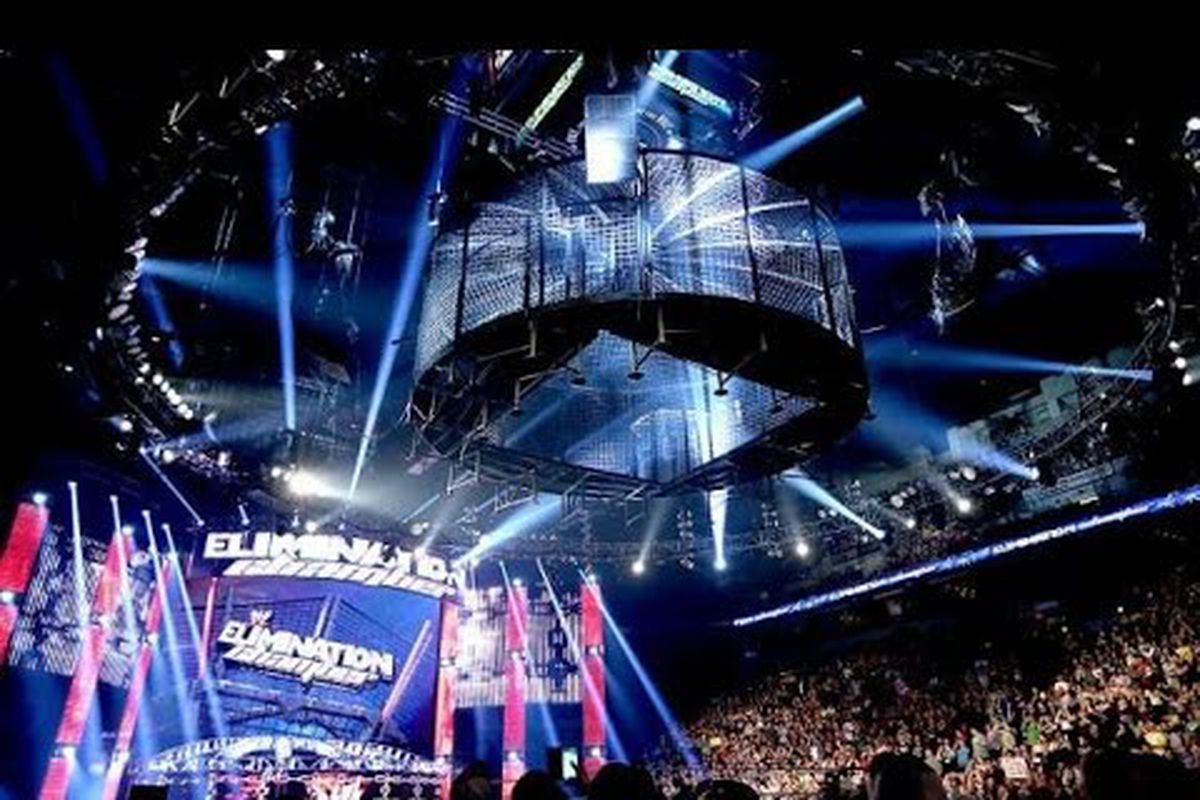 It’s the final stop before WrestleMania 36 as WWE Elimination Chamber 2020 takes place tonight at the Wells Fargo Center in Philadelphia and airing live on the WWE Network. The show gets underway with the kickoff show at 6:00 p.m. ET and the main card starting at 7:00 p.m. ET.

The lineup has seen plenty of changes in the previous weeks but there are now seven matches on the card (unless more get added at the last minute) including two matches inside the steel cage chamber. That includes six women battling it out inside the Elimination Chamber with the winner facing Becky Lynch at WrestleMania for the “RAW” women’s championship with the other seeing six teams compete for the “SmackDown” tag team championship.

There will also be three other title matches however neither the WWE championship or the Universal championship along with the top women’s championships will be up for grabs on the show.

7:13 p.m.: Pure technical wrestling on the mat as expected between these two early on. And some nice strike exchanges too.

7:04 p.m.: It will be Daniel Bryan against Drew Gulak to start the main card. This could be the best match of the night, especially if you like technical wrestling.

6:55 p.m.: Some last-minute hype with Andrade doing a backstage interview and The Usos doing a quick promo.

6:50 p.m.: The biggest upset was that Hawkins and Ryder actually got some offense in. This match was never in doubt with the Viking Raiders hitting the Viking Experience to get the quick win.

6:42 p.m.: The first match on the kickoff show — which was added just this afternoon — is the Viking Raiders against Hawkins and Ryder in tag team action.

6:30 p.m.: Lots of interviews during the first 30 minutes of the kickoff show including Ruby Riott making her case for the women’s chamber match, The Miz and John Morrison singing, and Braun Strowman calling Sami Zayn a “clown”.

6:15 p.m.: In case you need a refresher on the rules for an Elimination Chamber match, here you go. And the women’s chamber match will likely be the main event.

6:00 p.m.: Welcome to Sporting News’ live coverage of WWE Elimination Chamber 2020. Two matches will take place inside the chamber and one will have WrestleMania ramifications. Altogether, there are four title matches including the “SmackDown” tag titles up for grabs in the other match inside the chamber.

— The Miz and John Morrison vs. The New Day (Big E and Kofi Kingston) vs. The Usos (Jey Uso and Jimmy Uso) vs. Heavy Machinery (Otis and Tucker) vs. Lucha House Party (Gran Metalik and Lince Dorado) vs. Dolph Ziggler and Robert Roode for the “SmackDown” tag-team championship

— Braun Strowman vs. Shinsuke Nakamura, Sami Zayn and Cesaro in a 1-on-3 handicap match for the Intercontinental championship

— The Street Profits vs. Seth Rollins and Murphy for the “RAW” tag team titles

— Aleister Black vs. AJ Styles in a No Disqualification match

— Andrade vs. Humberto Carrillo for the United States championship

Coronavirus and travel | Depend On WOKV - Jacksonville's News, Weather, and Traffic

US politics updates: Reports of pre-emptive pardons for Donald Trump’s children concern Biden ‘a great deal’, as it happened