Where will Cam Newton sign in 2020? Ranking his 6 best landing spots in NFL free agency 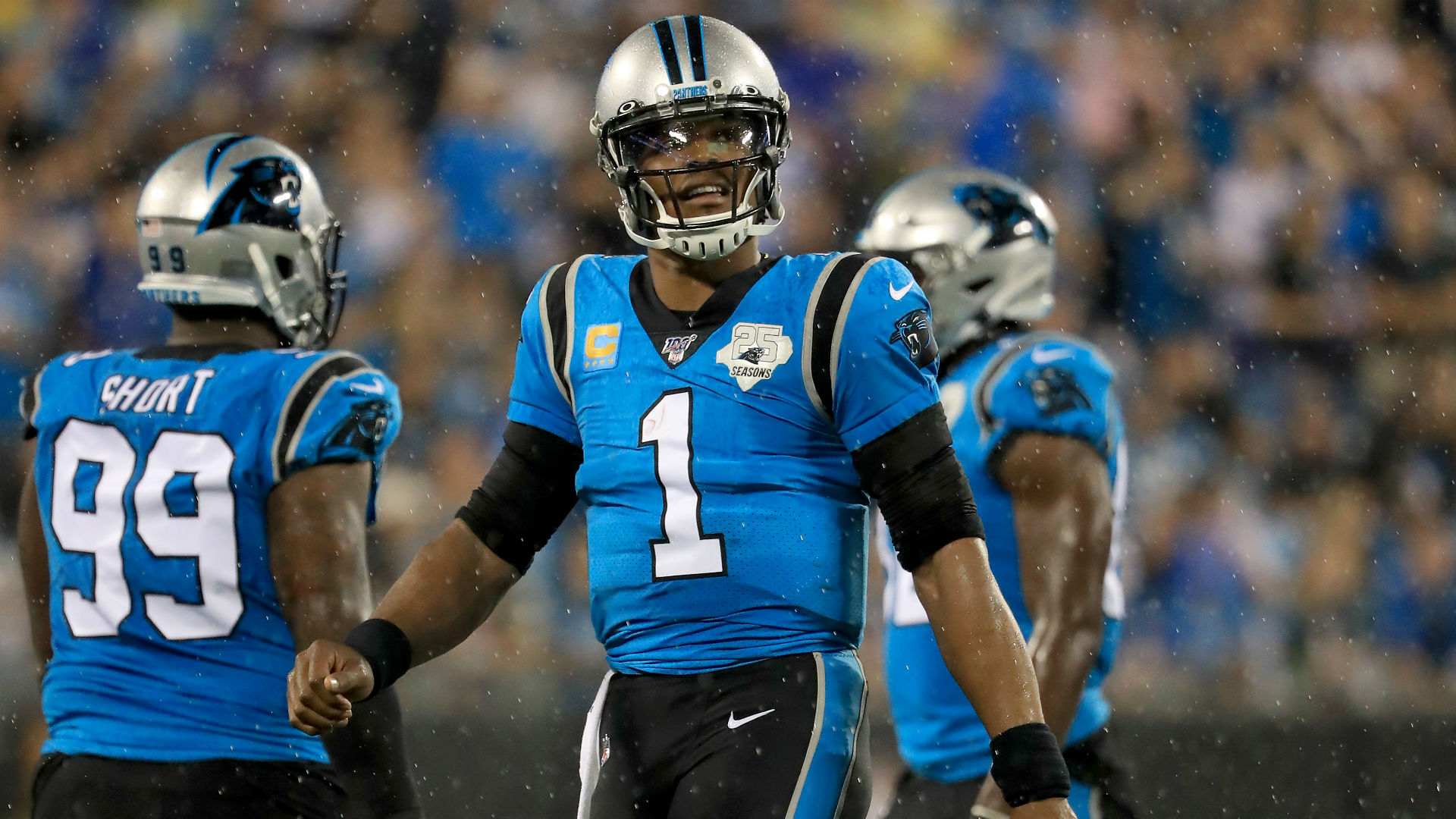 Cam Newton finally got his release from the Panthers on Monday, making the 2011 No. 1 overall pick a free-agent quarterback for the first time in his NFL career.

While Carolina moves on with Teddy Bridgewater, former XFL star P.J. Walker and  2019 third-round pick Will Grier, Newton enters NFL free agency at the point where many teams, like the Panthers, have either signed or traded for their veteran QB options in 2020.

There’s one clear favorite left as a landing spot for Newton because of its great familiarity. Otherwise, it’s now a sea of long shots, especially with the Bears out of the mix after dealing for Nick Foles. Here are the best remaining fits for Newton in free agency.

Why they would sign Newton: Former Panthers head coach Ron Rivera is there, along with offensive coordinator Scott Turner, promoted from quarterbacks coach in Carolina. The Redskins just traded a fifth-round pick to the Panthers for Newton’s former backup and main 2019 fill-in, Kyle Allen.

They aren’t completely sold on 2019 first-rounder Dwayne Haskins and want to keep their starting options open. Newton would have no issues meshing and leading a team with Rivera, his only NFL coach so far. He also would be an easy fit in the scheme after spending two years with Scott and Norv Turner.

Why they wouldn’t sign Newton: They could be content with Allen competing with and pushing Haskins and being the conduit for Rivera’s coaching style and Turner’s coordination.

Why they would sign Newton: The rebuilding Dolphins may be looking for an upgrade in bridge quarterback from Ryan Fitzpatrick and Newton also could be a longer-term solution (instead of a rookie) for them if he turns out healthy and plays well in Chan Gailey’s offense.

Why they wouldn’t sign Newton: They have a clear shot at a top quarterback prospect in the 2020 NFL draft, either Alabama’s Tua Tagovailoa or Oregon’s Justin Herbert, plus there’s a slim chance they could trade up for LSU’s Joe Burrow. Fitzpatrick also played well down the stretch to help get them to 5-11 and has one more year left on a cheap deal.

Why they would sign Newton: This would be simply for the fact that without Tom Brady, their top two quarterbacks are his two former top backups, Brian Hoyer and Jarrett Stidham. If healthy, because of his running ability and past MVP level of QB success, potentially carries a high upside for them than fellow NFC South free agent Jameis Winston.

Why they wouldn’t sign Newton: The Patriots might be content drafting a top rookie at No. 23 overall or Day 2. They also could be fine waiting for a lower-risk, caretaking-type option such as the Bengals’ Andy Dalton, when he becomes available in a trade. With the nature of this no-contact offseason, the Patriots’ complicated offense might be too much of a crash course for Cam, on top of the durability concern for Bill Belichick and Josh McDaniels. Another big reason for no is that they also have only $3 million left in salary-cap space.

BENDER: Why Cam Newton is the Patriots’ best option to replace Tom Brady

Why they would sign Newton: They’re the last team possibly looking for a veteran contingency, given second-year man Gardner Minshew is at the top of the depth chart after the trade of Foles, with only former Steeler Joshua Dobbs behind him. Newton, should his big arm and legs remain a factor, can mesh well with underrated downfield receiving corps and strong running game with Leonard Fournett.They represent a chance for him to stay in the Southeast, near his home in Georgia.

Why they wouldn’t sign Newton: They just got out of a high-risk, high-reward free agency bust in Foles and may want to leave themselves open to tap into the position early in the 2020 draft. They also could simply roll with Minshew, feeling he can only build on last year’s unexpectedly good play.

Why they would sign Newton: John Elway has long admired the skill set of the athletic one-time NFL MVP. They also don’t have s veteran contingency behind their second-year quarterback Drew Lock after the release of Joe Flacco as his current backups are Jeff Driskel (signed from the Lions) and Brett Rypien.

Why they wouldn’t sign Newton: They really like Lock and should want to instill full confidence in him as their starter. They also have been burned repeatedly in trying to go the shaky, recycled and rather expensive bridge QB route, most recently by Flacco. Newton would represent a reversion of that for Elway.

Why they would sign Newton: They didn’t keep Philip Rivers and may want to consider an upgrade from who would be their veteran stopgap starter Tyrod Taylor. Newton’s skill set and mind-set can also work well under offensive-minded head coach Anthony Lynn.

Why they wouldn’t sign Newton: Put them in the same boat as the Dolphins, only on the Left Coast. Taylor, exactly like Fitzpatrick, is in the final year of a two-year, $11 million deal to serve as a cheap backup turned bridge. Like Miami, Los Angeles is in a good position to draft a high first-round QB, such as Tagovailoa or Herbert. Looks like both the Chargers and Dolphins are more committed to the rookie franchise route now.

Americans Are Wary About Traveling After Covid-19 Curve Flattens