What is NASCAR iRacing? How the virtual races work, drivers, full schedule & more 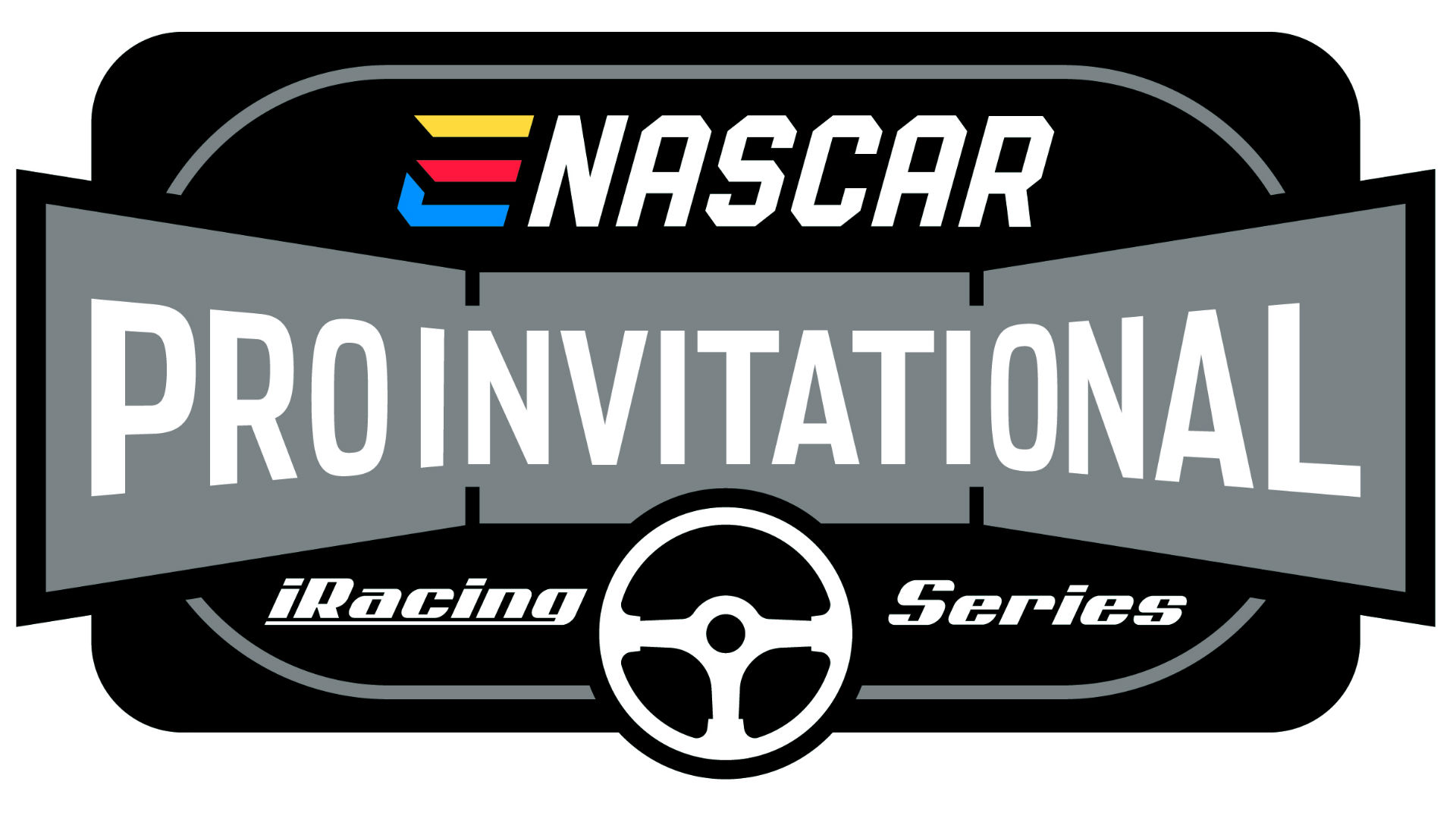 Amid the coronavirus pandemic that has shut down the sports world globally, NASCAR, iRacing and Fox Sports found an opportunity.

Because of the existence of iRacing, an online motorsports simulation platform founded in 2004, NASCAR and its broadcast partner were uniquely equipped to bridge whatever gap will exist before real-life races can be run safely in the wake of the outbreak. Hence the creation of the eNASCAR iRacing Pro invitational Series. As of now, all NASCAR Cup Series races through May 3 are postponed. Until then, virtual races featuring many of the same drivers who compete in NASCAR’s top series will have the stage.

NASCAR isn’t alone in its temporary move to virtual racing. A six-race IndyCar iRacing Challenge began this weekend with a race at the virtual Watkins Glen International. IMSA partnered with iRacing to hold Sebring SuperSaturday at the virtual Sebring International Raceway. These virtual exhibition series and races speak to the versatility and realistic nature of the iRacing platform.

Below is all you need to know about iRacing and the new series for virtual NASCAR races, including the schedule and the drivers participating.

Don’t think of iRacing as a video game. Consider it a simulator.

The iRacing experience is a sophisticated racing simulation that takes place on iRacing.com. Anybody can sign up to race, but there are system requirements.

“First of all, it is extremely realistic,” current NASCAR Cup Series driver Clint Bowyer said this week on a conference call days after competing in the first eNASCAR iRacing Pro invitational Series event. “You’re using the same mechanics, the same forces, the same movements as you use in real life to make your car go fast; and that is your hand-eye coordination, your feet.

“You drive these things so much with the pedals, with the gas, the brake, the steering input. All of those inputs in your mind are the exact same thing, and the same tools we use to put your car to the front of the field on any given Sunday.”

A description of iRacing, courtesy of its site:

“iRacing is the ultimate global racing portal. Whether you want to experience a NASCAR Cup car, a World of Outlaws Sprint car, an open-wheel IndyCar, an Australian Supercar, an IMSA Prototype or Touring Car, or the ultimate: an FIA Grand Prix car, iRacing’s online racing simulations offer them all.

“All you need is a computer equipped with one or more USB ports, and a digital wheel/pedal, or gamepad backed by a high-speed internet connection. iRacing does the work for you by organizing and managing more than 50 official series, or you can choose to race in more than 400 private leagues or launch your own hosted events.”

“iRacing has been perfected,” Bowyer said. “The production is good. The camera angles are good. I mean, they have their own series, there are serious races each and every week, just like ours does. They have hell of a races. It’s awesome to watch some of these races.

“If you think we’re good? We’re terrible. You ought to watch some of these iRacing guys that do this each and every week.”

What is the eNASCAR iRacing Pro invitational Series?

The eNASCAR iRacing Pro invitational Series was born soon after NASCAR was forced to postpone real-life races amid the coronavirus outbreak. Because all three of NASCAR’s premier series are on hold, its iRacing series features drivers from Cup, Xfinity and Trucks. (Though most are from Cup.)

“Until we have cars back on track, the entire NASCAR community has aligned to provide our passionate fans with a unique, fun and competitive experience on race day,” said NASCAR vice president of racing development Ben Kennedy. “Our long-time partners at iRacing offer an incredible product, and we are excited to see how many of our best drivers will stack up in the virtual domain of competitive racing.”

The series of exhibition races began Sunday, March 22 with a race at the virtual Homestead-Miami Speedway. The event drew nearly a million viewers (903,000), becoming the most watched telecast on FS1 since March 12, when most live sports were halted in response to the pandemic. It was also the highest rated e-sports TV program in history.

“We’re overwhelmed by the positive feedback and encouragement sent by industry stakeholders, drivers, partners, media and most importantly, our fans,’’ said NASCAR senior vice president and chief digital officer. Tim Clark. “We are committed to running these eNASCAR iRacing events as long as necessary.”

Because NASCAR does not know how long it will need to postpone real-life races, there technically is no set schedule for the eNASCAR iRacing Pro invitational Series. The exhibition races will run on a week-by-week basis, and the virtual racing schedule is generally expected to mirror what would have been the NASCAR Cup Series schedule through May 3.

After broadcasting the series’ first race, Fox Sports committed to coverage of the remainder of the season, beginning Sunday, March 29 at the virtual Texas Motor Speedway.

The races will be simulcast on the Fox broadcast network, FS1 and the Fox Sports app.

For such a sophisticated simulation, the simplicity of iRacing is remarkable. Like anybody who races on the platform, drivers competing in the eNASCAR iRacing Pro invitational Series log into their accounts at iRacing.com and join the virtual race via invitation.

Each driver competes remotely with his own rig consisting of a screen, a steering wheel and pedals. Most utilize crew chiefs to help with tire and fuel strategy just as they would in a real race. (Although, Chase Elliott’s crew chief Ryan Blaney hasn’t been very helpful.)

The first eNASCAR iRacing event was limited to 35 drivers. The 26 regular Cup Series drivers who entered the race (plus Dale Earnhardt. Jr., Parker Kligerman and Bobby Labonte) were given spots, and the final six spots were given to Xfinity and Trucks Series drivers based on the results of a qualifying race.

What current drivers are in eNASCAR iRacing?

All eNASCAR iRacing Pro invitational Series races are exhibition events, so the entry lists will vary each week. However, many current NASCAR drivers have committed to iRacing competition for the foreseeable future.

Below are the current NASCAR drivers who are competing (or attempting to compete) in the event on March 29. Each race includes 35 entries.

Drivers who need to qualify:

What former drivers are in eNASCAR iRacing?

As for Earnhardt, a longtime advocate for iRacing, he did more than just race.

“I would say the force behind it all, and he doesn’t want any recognition, but it would be Dale Jr.,” Bowyer said. “He’s been the voice behind this the whole time. He’s the one that literally each and every night jumps on and runs around and asks people, ‘Hey, do you want to follow me and get the hang of it?’ So many different things. After a race he’s calling and asking if anybody needs any help or what they can do.

“I would definitely say that Dale Jr. was probably, if anybody deserves credit, it would probably be him.”

Tua Tagovailoa injury history: A timeline of setbacks at Alabama and his Dolphins recovery

UPDATE: This article has been edited from the original version published in April 2020. Tua Tagovailoa was the single biggest...

Australia expected to take up usual season-opening slot for next year; F1 yet to confirm provisional schedule, but calendar set...

Fantasy football owners hope that they never have to worry about running back handcuffs. Ideally, your first-round selections of Christian...

The Health 202: Joe Biden is likely to draw on Obama health experts if he wins the White House