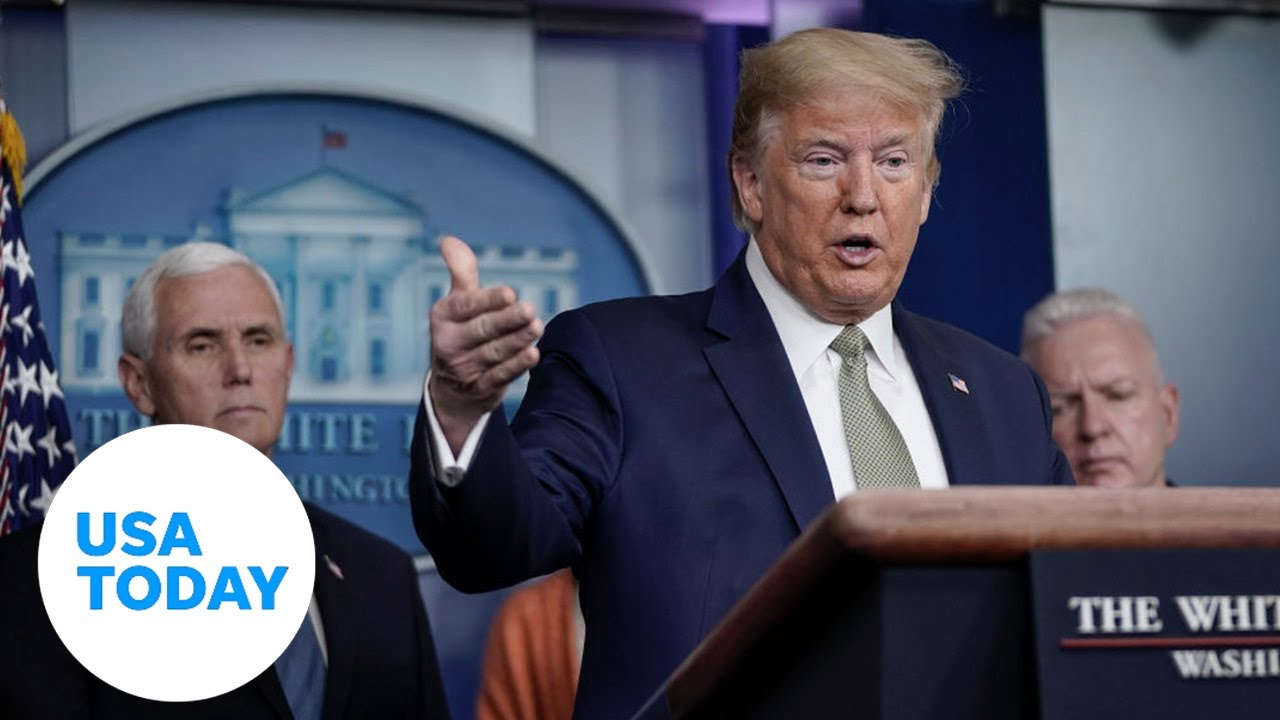 The lights went out on the famed Las Vegas Strip, the worldwide death toll topped 8,200, and stocks took another hit Wednesday as the coronavirus tightened its grip on the globe.

The U.S. death toll reached 115, and America’s sense of normal continued to evolve. President Donald Trump’s promise of financial assistance did provide hope to the potentially millions of workers facing layoffs and furloughs.

“For the people that are now out of work because of the important and necessary containment policies, for instance the shutting down of hotels, bars and restaurants, money will soon be coming to you,” Trump tweeted Wednesday.

Kansas became the first state to announce that schools would remain closed for in-person teaching for the rest of the school year. Nevada’s governor ordered the statewide shutdown of all casinos and other nonessential businesses starting Wednesday.

There were more than 6,500 confirmed cases in the U.S. as of Wednesday morning, according to the Johns Hopkins University data dashboard. One week ago, the U.S. death toll had climbed to 33, the number of U.S. cases rolled past 1,300, and federal health officials said the virus has spread to at least 38 states.

Our live blog on the coronavirus is being updated throughout the day. Refresh for the latest news. More headlines:

The U.S. stock market opened sharply lower as lockdowns and restrictions rattled investors despite Washington’s promises for economic aid. The Dow Jones industrial averages dropped more than 1,200 points, and Standard & Poor’s 500 also sank. Stocks quickly gave back the strong gains from a  day earlier after President Donald Trump promised aid to get the U.S. economy through the outbreak.

“There’s no clarity. We don’t know what the real effects from these monetary and fiscal policies are going to be,” says Rich Sega, global chief investment strategist at asset manager Conning. “We need to see data that shows that the infection rate has peaked.”

The border between Canada and the U.S. will close for non-essential travel. Trump confirmed the news in a tweet on Wednesday: “We will be, by mutual consent, temporarily closing our Northern Border with Canada to non-essential traffic. Trade will not be affected. Details to follow!” Trump tweeted.

On Monday, Canadian Prime Minister Justin Trudeau announced he was closing the country’s border to noncitizens, but American citizens had been exempt. Trudeau is in self-isolating – his wife, Sophie Grégoire Trudeau, has tested positive for coronavirus.

Italy’s scramble to find ventilators for the booming number of coronavirus patients with serious lung problems is a scenario that could soon repeat in the U.S., experts warn. Hospitals here are on the cusp of too many severely ill patients without enough intensive care unit beds and ventilators to keep those patients breathing. It’s why health officials are desperately trying to delay new infections through social distancing measures such as school closings and work-from-home mandates.

Italy is a “preview of a movie that is about to play” in the U.S., said Marty Makary, a Johns Hopkins University surgeon and health policy expert. Read more here.

New Yorkers awoke to an intensifying debate over a possible “shelter in place” order that could keep the city’s 8 million residents in their homes except for food shopping and emergencies. The city added more than 100 confirmed COVID-19 cases on Tuesday alone, pushing the total to almost 1,000.

“It’s unbelievable how rapidly this crisis is growing,” said Mayor Bill de Blasio, who already has shut down schools and Broadway and limited restaurants to take-out and delivery. He said federal financial intervention to provide “income replacement” is desperately needed to avoid Depression-era, massive soup lines. He also warned city residents the lockdown order could come as soon as Wednesday.

Gov. Andrew Cuomo, however, flatly rejected the idea, saying a lockdown would drive people to stay with friends and family outside the city. Stay tuned.

Kansas Gov. Laura Kelly canceled in-person K-12 school and classes for the remainder of the school year, saying students would continue online learning. The decision late Tuesday was the first of its kind by any state in the nation. More than a dozen states have canceled traditional classes for two or three weeks, but none so far has stopped in-person teaching for the rest of the academic year.

A task force of 40 educators was preparing to deliver guidelines for Kansas school districts by Wednesday night. Challenges include child care, delivery of meals and alternative instruction for school kids who lack devices or internet access.

In Nevada, Gov. Steve Sisolak ordered the statewide shutdown of all casinos and other nonessential businesses starting at noon Wednesday. The state’s latest coronavirus containment effort will apply to all bars, gyms, beauty salons, barber shops, malls and restaurants that do not provide takeout and delivery services.

Sisolak said casinos and hotels will be given time to remove their guests before closing for 30 days. Retail malls and stores will also be mothballed for a month. Gaming machines are to be emptied and shut down by midnight. Some of Nevada’s largest casino companies – among them MGM Resorts, Wynn Resorts and Las Vegas Sands – voluntarily shuttered their properties earlier this week.

“My ultimate goal here is to come together as Nevadans to save lives,” he told reporters in Las Vegas. “That requires aggressive strategies aimed at limiting community spread.

Get updates in your inbox. Sign up for our newsletter.

Some retailers are setting aside time for their most vulnerable customers to shop. The elderly and people with underlying health conditions are more susceptible to COVID-19, so some retailers are dedicating time or opening earlier for senior shoppers and other at-risk groups.

All Target stores will dedicate an hour of shopping each week for the elderly and those with underlying health concerns. Albertsons, which has 2,200-plus stores under banners including Safeway, Acme and Vons, says it is reserving two hours every Tuesday and Thursday morning for vulnerable shoppers, including senior citizens, pregnant women or those with compromised immune systems. Whole Foods Market stores will let customers who are 60 and older shop one hour before opening to the public. The company, owned by Amazon, has approximately 500 stores in the U.S., U.K., Canada.

Southwest Airlines is suspending traditional drink service on its flights to limit interactions between flight attendants and passengers during the coronavirus crisis. The new policy takes effect Wednesday.

Southwest, the nation’s largest domestic carrier, will offer only unopened cans of water to passengers requesting a drink on most flights. The airline will still serve pretzels and, on longer flights, other packaged snacks.

On short hops – dozens of Southwest flights under 250 miles, including Atlanta-Nashville, Dallas-Houston and Los Angeles-Las Vegas – the airline won’t serve any drinks or snacks so the crew can focus on other aspects of in-flight hygiene.

Map: All 50 states now have at least 1 case of coronavirus

Los Angeles city and county officials Monday announced the start of a partnership to dispatch unarmed mental health responders to...

Ramae Hamrin was a high school math teacher in rural northern Minnesota, in a small town with a Paul Bunyan...

“It’s an extreme situation, because this means that all your contingency planning has been exhausted,” said Greg Bell, president of...

CONCORD — Parents overwhelmed with balancing jobs and children learning from home. Children stuck behind screens at an age they’d...

10 of the best places to visit in spring: readers' travel tips | Travel