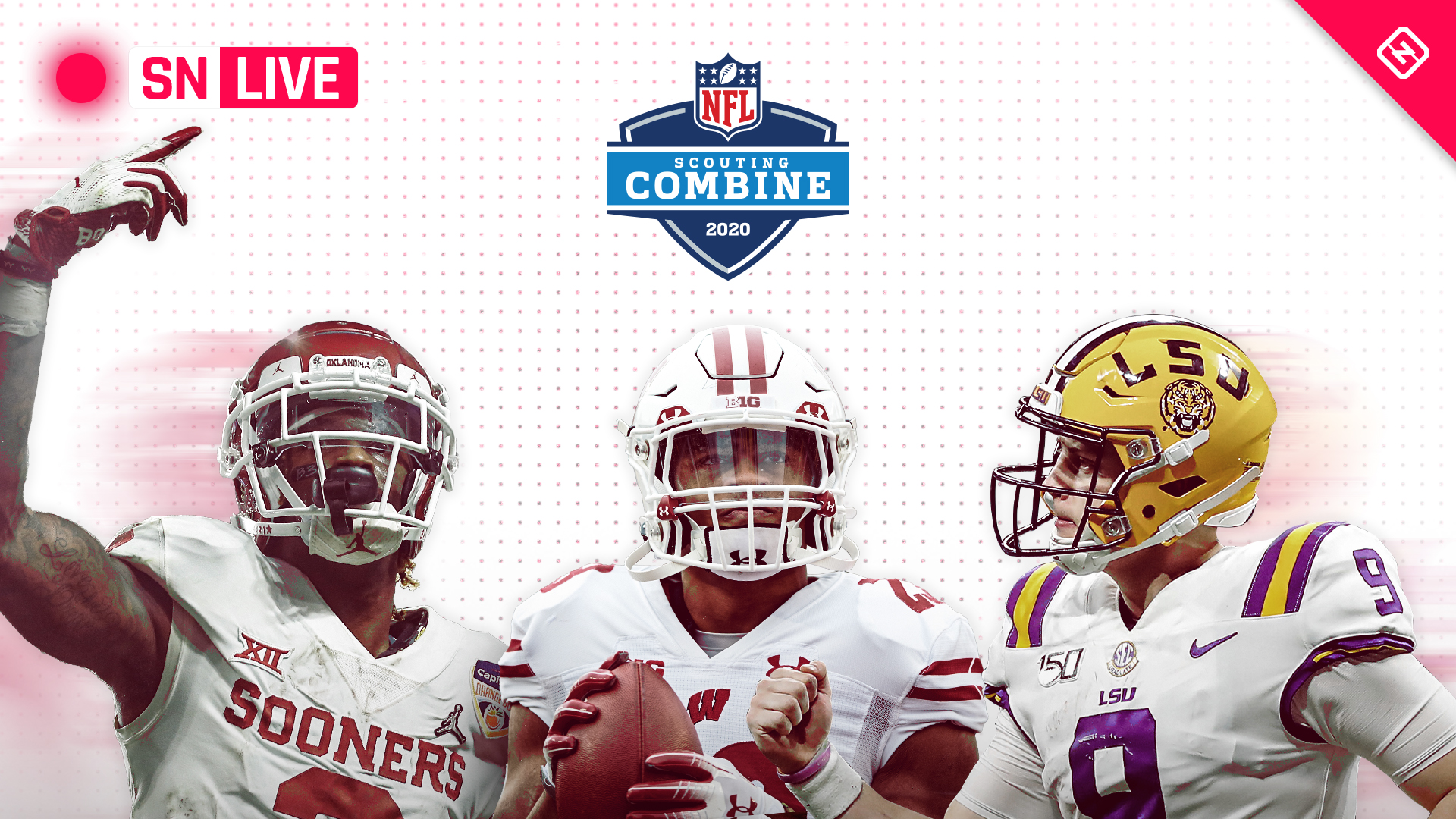 We understand why NFL Combine results are noteworthy to so many despite on-field workouts being among the least important aspects of the annual scouting event in Indianapolis. After all, the annual fixation on NFL Draft prospects running around in tights is why the league moved the 2020 NFL Combine to prime time. The players treat these workouts like a competition, and such a contest of athleticism sells.

The new NFL Combine schedule for 2020, though, might make results consumption more difficult for those whose prime-time viewing commitments in late February are set. (That Friday-night episode of Hawaii Five-0 isn’t going to watch itself.) That’s where we come in with a tracker of live updates and highlights, a collection of what you need to know from the workouts at the Combine.

A handful of notable names like Joe Burrow, Tua Tagovailoa and Chase Young are not participating in drills at the 2020 NFL Combine, but players like Henry Ruggs III will have chances to steal this year’s show.

With player measurements, medical evaluations and other aspects of the NFL Combine (mostly) in the books, below is a live tracker of the notable results from on-field workouts Thursday, Friday, Saturday and Sunday.

So, @BCFootball RB A.J. Dillon weighed in the heaviest of all running backs at 247 pounds, yet recorded the best vertical jump of them all at 41 inches. Pretty sure that’s not supposed to happen. 😱#NFLCombine

7:20 p.m. — The linebackers have made their way to the bench press.

6:33 p.m. — Tfw you just dominated the combine and made a ton of money by shooting up draft boards.

5:10 p.m. — Mekhi Becton shot up draft boards in the last few months. Some draft experts believe he could go as high as No. 4 overall. Becton has measured in at 6-foot-7, 364-pounds and just ran the 40 in 5.10-seconds. Tadd Haslaip has more on the physical freak of nature.

11:00 p.m. — The first night of the NFL Combine is a wrap. We have the Winners and Losers from the quarterbacks, wide receivers and tight ends. The running backs, offensive line and special teamers will take the field tomorrow, starting at 7 p.m. ET.

10:45 p.m. — Jordan Love had an incredible 2018 season with 3,567 yards, 32 touchdowns and six interceptions. 2019 was a different story. He had 3,402 yards passing but added only 20 touchdowns and 17 interceptions. Teams are hoping to get the 2018 version of Love and Daniel Jeremiah has confidence they will.

10:00 p.m — Me: Analytically, the goal line fade is the worst pass play in football. The expected point value of -0.26 per play makes it the least successful option on the goal line. It would be smart to move away from it going forward.

9:40 p.m — Henry Ruggs III came into the NFL combine with HUGE expectations. He did not disappoint.

Top performers in the vertical jump among #NFLCombine tight ends:

6:50 p.m. — Donavon Peoples-Jones got up. The Michigan receiver can jump.

6:05 p.m. — Quarterbacks are getting going. Jalen Hurts has the best unofficial time so far at 4.64. Justin Herbert goes 4.71. Jacob Eason from Washington goes 4.90 and Jake Fromm from Georgia clocks in at 5.01.

5:50 p.m. — Arizona State wide receiver Brandon Aiyuk is making a strong case to be a first round pick. He was overshadowed last season by 2019 first rounder N’Keal Harry but exploded onto the scene in 2020.

5:30 p.m. — Not prospect-related but this is a real thing Jerry Jones said.

Jerry Jones on possibly re-signing former Cowboys WR Dez Bryant: “I’ve thought a lot about it in the shower.” Not dismissing it out of hand. Considering it.

4:20 p.m — Missouri tight end Albert Okwuegbunam is making a name for himself.

Okwuegbunam is the fastest TE at the combine since Evan Engram (4.42) in 2017.@MizzouFootball

The biggest change to the NFL Combine schedule for 2020 comes in the start times for on-field workouts Thursday, Friday, Saturday and Sunday. Now the action extends into and through prime time.

NFL Network, the exclusive TV channel for all on-field drills at the Combine, is presenting seven straight hours of workout coverage on Thursday, Friday and Saturday. On Sunday, the network will show all five hours of the last group’s (DB) drills. Host Rich Eisen and analyst/draft expert Daniel Jeremiah anchor NFL Network’s Combine coverage with additional commentary from Charles Davis and others.

Below is the complete TV schedule for on-field workouts and drills at the 2020 NFL Combine.

The on-field workouts shown on TV, of course, are just the tip of the iceberg that is an NFL prospect’s Combine experience. For many players, the drills are the least relevant portion of the week.

Below is the complete player schedule for all four groups at the 2020 NFL Combine, courtesy of NFLCombine.net.

Ron Rivera is the gift that keeps on giving in the NFL. "Riverboat Ron" has long been one of the...

Liam Plunkett played a crucial role during the middle overs during England's successful World Cup campaign and in the years...

Argentine football legend Diego Maradona has passed away at the age of 60 after suffering a heart attack.  The Gimnasia...

Molly Thompson-Smith is a Sky Sports Scholar and is in Moscow for the European Championships fighting for medals and hoping...

When will Steelers vs. Ravens be played? Week 12 game postponed from Thanksgiving after COVID tests

Positive COVID-19 tests for Ravens players and staff have put their Thanksgiving night game against the Steelers in jeopardy. As of Wednesday afternoon,...

One business is lighting up Spearfish