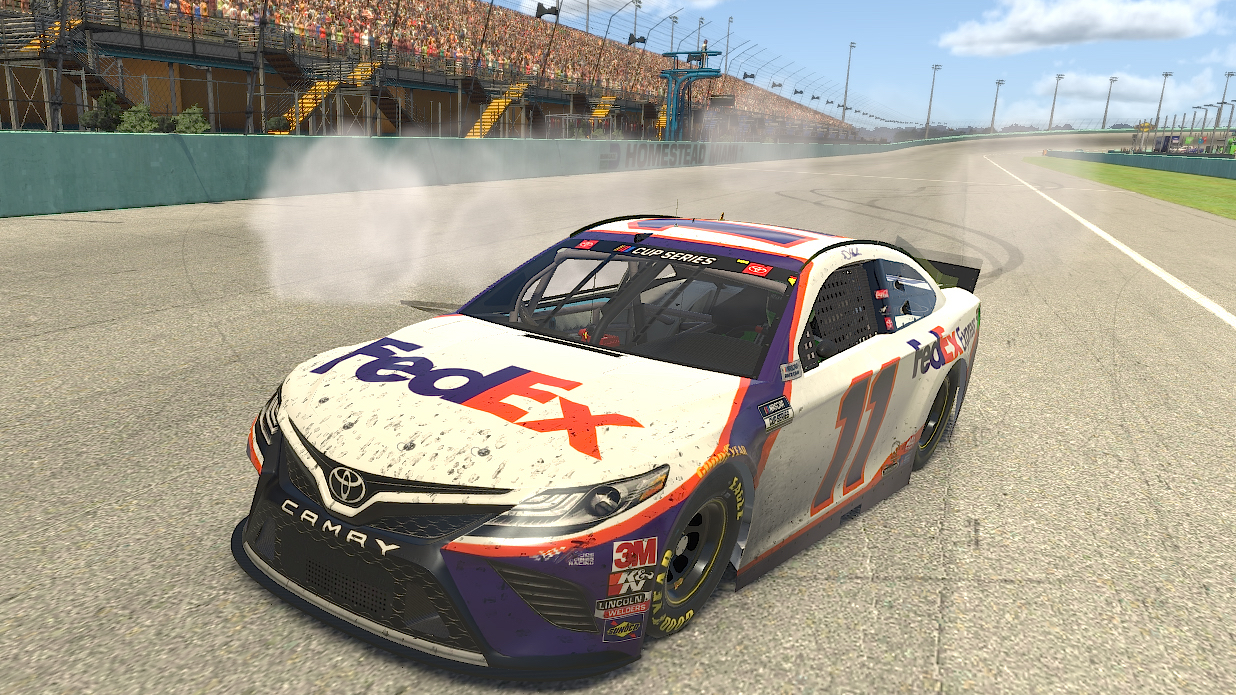 NASCAR did not know what to expect when it debuted the iRacing Pro Series last weekend on FS1. The competition between real-life drivers using a racing simulator was unlike anything it had offered to a TV audience in the past.

With a lack of other sporting options and a desire from NASCAR fans to keep up with their favorite personalities, the first contest was a ratings success. It attracted 903,000 viewers and was the highest-rated esports TV program ever, according to a press release from Fox. Denny Hamlin, who is one of the most experienced users of the simulator, won in a tight finish.

Because of how the first go-around went, drivers seem pumped up for Sunday’s race at the virtual Texas Motor Speedway. Several of them talked this week about the exposure the iRacing Pro Series is giving them, and how that in turn fuels a competitive desire to perform well while having fun on camera.

MORE: Chase Elliott roasts one of his best friends

“Hamlin, he had an interview on SportsCenter for crying out loud,” said Clint Bowyer, who finished 16th in his Pro Series debut. “Everybody wants a piece of this thing.”

Last Sunday brought several amusing moments, including a mock post-race interview between Timmy Hill and his wife, Lucy, and some banter between Chase Elliott and his makeshift crew chief, Ryan Blaney.

This weekend’s event is likely to again play up those kinds of off-the-cuff shenanigans.

Below is all the information you need to follow along with the second iRacing Pro Series exhibition:

What time does the NASCAR virtual race start today?

The iRacing Pro Series race is slated to begin at 1 p.m. ET on Sunday, March 29.

How to watch iRacing Pro Series on TV

Unlike last weekend, when the race was only available on FS1, this race will be shown in the U.S. on both Fox and FS1. It will be available in Canada via Fox Sports Racing.

Is the iRacing Pro Series being streamed online?

Yes. You can stream the race on the Fox Sports app.

Who are the announcers for the iRacing Pro Series?

Jeff Gordon, Mike Joy and Larry McReynolds will once again call the action on TV for Fox, with Bowyer offering extra commentary while racing.

Who’s the best bet to win at Texas Motor Speedway?

It looks like Denny Hamlin will be difficult to beat in the iRacing Pro Series given his experience with the simulation and fancy home setup. Bowyer and Elliott also mentioned Dale Earnhardt Jr. as a primary threat after Earnhardt’s second-place finish. Some of the less-heralded real-life are dangerous on the sim, too: Chase Briscoe and Garrett Smithley each excelled last weekend.

Ralph Beckett reports his two Breeders' Cup Juvenile Turf contenders, New Mandate and Devilwala, to be in top form ahead...

This is week is going to be a tough one for a lot of quarterbacks, as several big-name signal-callers have...

Who is Randy Arozarena? Rays’ bargain slugger an unlikely World Series hero after trade from Cardinals

Randy Arozarena started the 2020 World Series quietly. But just as the Tampa Bay Rays woke up to even it...

England Women have cancelled Tuesday's friendly in Germany following a positive coronavirus test among the team's backroom staff.The fixture, which...

Until Travel Returns, You Can Now Visit The Best Of Berlin Virtually