More than a health class at WAEC | News, Sports, Jobs 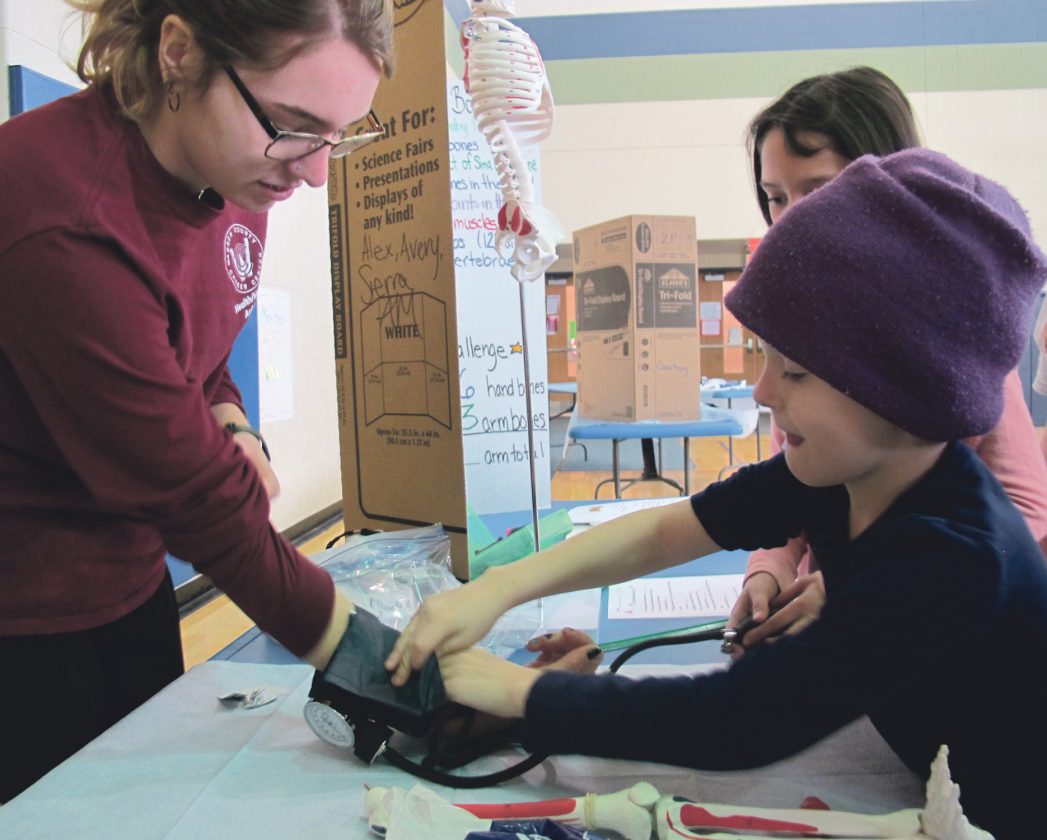 Another group of students, who were at the school temporarily, delivered those lessons using health-related concepts.

Students in the Warren County Career Center Health and Medical Assisting program visited third- and fourth-graders Friday for a day of fun and learning. 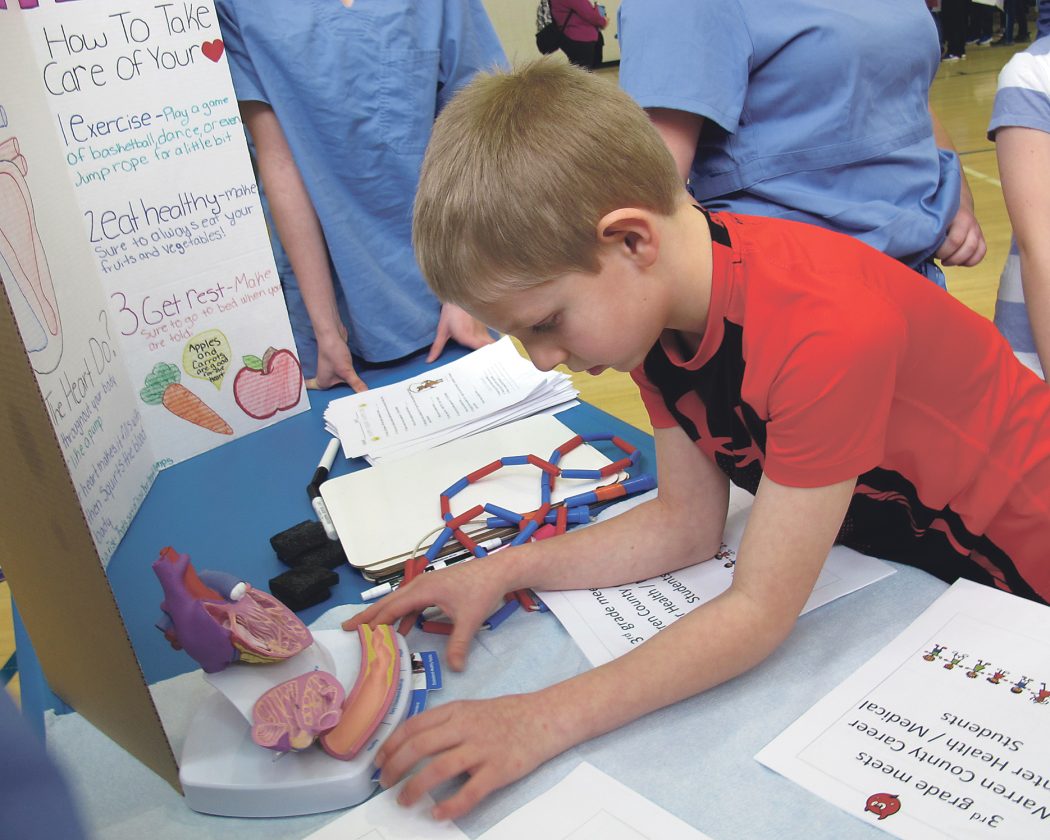 The younger students made their ways to each of the stations.

At one station, students could look at their hands under a black light to see how germy they were before and after washing.

At the measuring station, Avery Vazquez made sure the information was age-appropriate.

“I tried to simplify it,” he said. “Instead of the humerus, I talked about their funny bone.”

Students could pick up models of various bones and check out how they move. They were also asked to measure certain portions of the models. 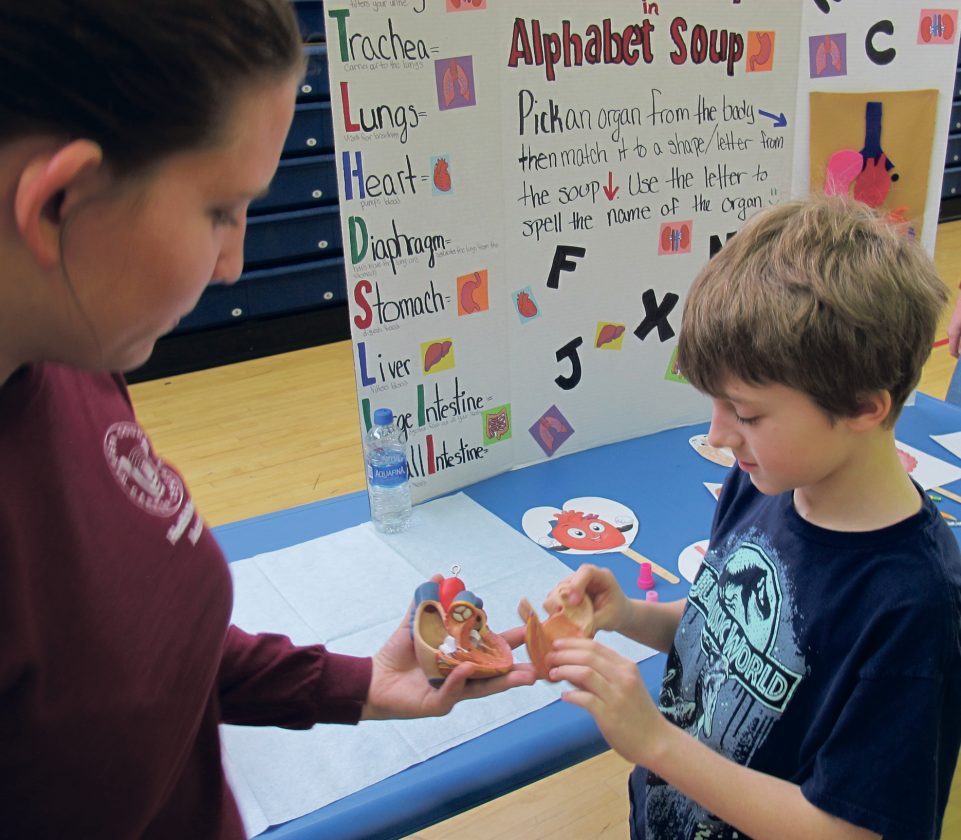 While there, they could put a blood pressure cuff on Sierra Darts, or have their heart rate taken. Both of those evaluations led to more measurements.

From there, students might end up at the jump rope station — measuring heart rate before and after — or maybe the dental station.

Raegon Beaver did some legwork before the event and secured toothbrushes and dental care kits for each student from Mint Dental.

She, along with Madison Howard and Chloe Labowski made sure their students were aware of the value of oral hygiene.

At other stations, students were asked to write ‘thank you’ cards to Mint Dental and use problem-solving skills to pick out parts of a body cut-out. 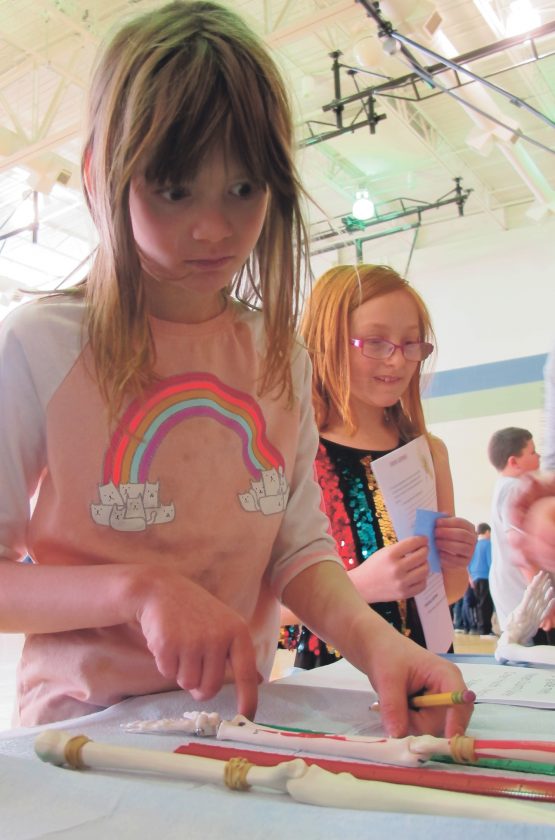 They studied fractions without realizing it at the blood components station. They sorted organs alphabetically.

At the sugar station, students were not eating the sugar to get their energy back up after jumping rope.

“We were teaching them about sugar and how much sugar is in things,” Abigail Krueger said. “We applied our curriculum to math. We gave them sugar cubes and had them count out how much sugar was in a drink. They had to round to the nearest tenth and county by twos.”

There were about 35 HMA students at the school in the morning and another 25 in the afternoon, teaching some 180 third graders and 130 fourth graders.

The event was not a simple matter of some high school students walking up a hill to see some elementary students. “It was a lot of dedicated people coming together to make a one-of-a-kind learning experience for our Warren County School District students,” Harris said. “It’s really nice to see our kids out in the community.”

“It went very well,” Krueger said. “They seemed very interested. They really seemed to enjoy it.”

“It was educational,” Vazquez said. “Some kids were really into it.”

The HMA students were into it, too, he said. “It was better than class.”

MADISON (WKOW) -- As COVID-19 cases continue to spread across Wisconsin, doctors and health care professionals are urging people to...

MADISON (WKOW) -- $6 million in community impact grants was given out by the Wisconsin Partnership Program at the University...