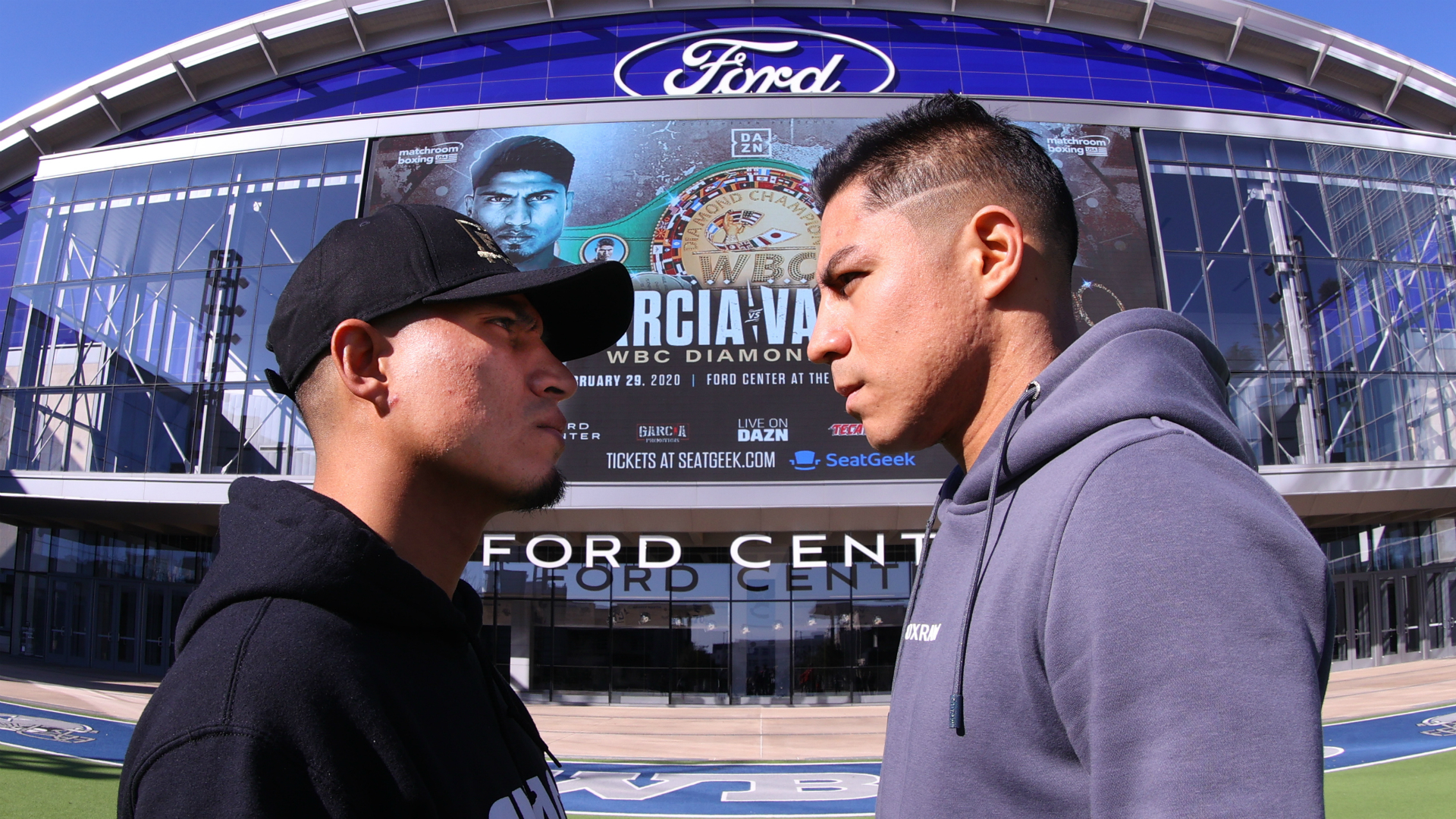 Mikey Garcia, one of the bigger names in boxing, returns to the ring this weekend for the first time in 2020 as the four-division world champion battles Jessie Vargas on Saturday, Feb. 29 ​at the Ford Center at The Star in Frisco, Texas, live and exclusively on DAZN.

Garcia (39-1, 30 KOs) looks to come back and rebound after suffering the first defeat of his career in March when he moved up from lightweight to welterweight and got defeated soundly by IBF champion Errol Spence Jr. Instead of dropping back down to either 135 or 140 pounds, Garcia decided to remain at 147 pounds to prove he can compete at the level in what’s viewed by many pundits as the toughest division in boxing.

“It’s the biggest challenge for me, coming back after a long layoff, my last performance — horrible performance. I lost my fight,” Garcia said when the fight with Vargas was announced. “There’s a lot of questions. So I want to be able to answer those questions with this kind of fight. That’s why we agreed on fighting Jessie Vargas. He’s gonna get the best out of me, and I think I will bring the best out of him.”

Vargas (29-2-2, 11 KOs) returns for the first time since notching a sixth-round knockout over former lightweight champion Humberto Soto at a 150-pound catchweight bout in April. The prevailing thought had been Vargas would move up to junior middleweight and look to capture a world title in a third different weight classes. However, the lure of getting the opportunity to notch the biggest win of his career was too important to pass up.

“It’s a big fight for fight fans. It’s one people have wanted for a long time now,” Vargas said. “We are giving them what they want to see. It’s going to be a great showdown. He’s a warrior, and so am I. We both always go for the win and do anything possible to get it. I really believe in myself and my abilities. It’s one of the fights that will generate a lot of attention and it’s the perfect time to shine and show that I am here to stay. I need to show that I am going to be a world champion again and this is the perfect fight to show that.”

A win for Garcia proves to naysayers that he made the right decision to remain at welterweight. For Vargas, it’s not only his signature win but one which puts him in the position to garner himself an opportunity to become a world champion once again.

When is Mikey Garcia vs. Jessie Vargas?

The Garcia vs. Vargas undercard starts at 6 p.m. ET, with the main card scheduled for 8 p.m. Expect Garcia and Vargas to make their ring walks around 11 p.m., although the exact time depends on the length of the earlier fights.

DAZN, which will broadcast the fight, is experimenting with the 8 p.m. ET start time — an hour earlier than typical high-profile main cards.

How to watch, live stream Garcia vs. Vargas

The Garcia vs. Vargas card can be seen on DAZN, the global sports live streaming service.

Here is a list of the devices where DAZN is available, in addition to web browsers on DAZN.com:

Comcast customers can sign up for DAZN on Xfinity Flex or X1.

Garcias vs. Vargas PPV price: How much does the card cost?

The Garcias vs. Vargas fight is on DAZN and won’t be available on pay-per-view. A monthly subscription to DAZN runs $19.99, and an annual subscription is $99.99. (In Canada, the pricing options are $20 CAD per month or $150 CAD per year.) Current subscribers will have the fight already included as part of their plan.

DAZN subscribers can stream the Garcia vs. Vargas card and many other live events and original programming options included in DAZN’s multi-sport offering.

Where is the Garcia vs. Vargas fight?

Garcia vs. Vargas will take place at the Ford Center at The Star in Frisco, Texas. This marks Garcia’s second straight fight in the “Lone Star State” as his loss to Spence was held at the AT&T Stadium in Arlington — home of the Dallas Cowboys. It will be the 10th time Garcia competes as a professional in Texas. Meanwhile, this marks Vargas’ Texas debut.

MORE: Jessie Vargas feels Mikey Garcia fight is a ‘do-or-die situation’ for him

Cody Bellinger discusses ‘stoned’ face meme: ‘I am not high during the games’

Team news, stats and prediction ahead of Leeds United vs Leicester City in the Premier League on Monday; kick-off 8pm.Team...

Cody Bellinger discusses ‘stoned’ face meme: ‘I am not high during the games’

While the stakes were high in the World Series, Cody Bellinger was not. The Dodgers superstar often makes headlines for...

England head coach Jess Thirlby reflects on the Roses' 54-47 defeat to New Zealand and explains the changes made in...

Falcons vs. Panthers score, results: Atlanta’s defense shuts down Carolina in second half

The Falcons finally found a way to hold on to a fourth-quarter lead as they edged the Panthers 25-17 on...

Ebony Rainford-Brent helped establish the ACE programme having grown impatient waiting for authorities to instigate changes to improve diversity within...

Health care braces for shortages of supplies due to coronavirus