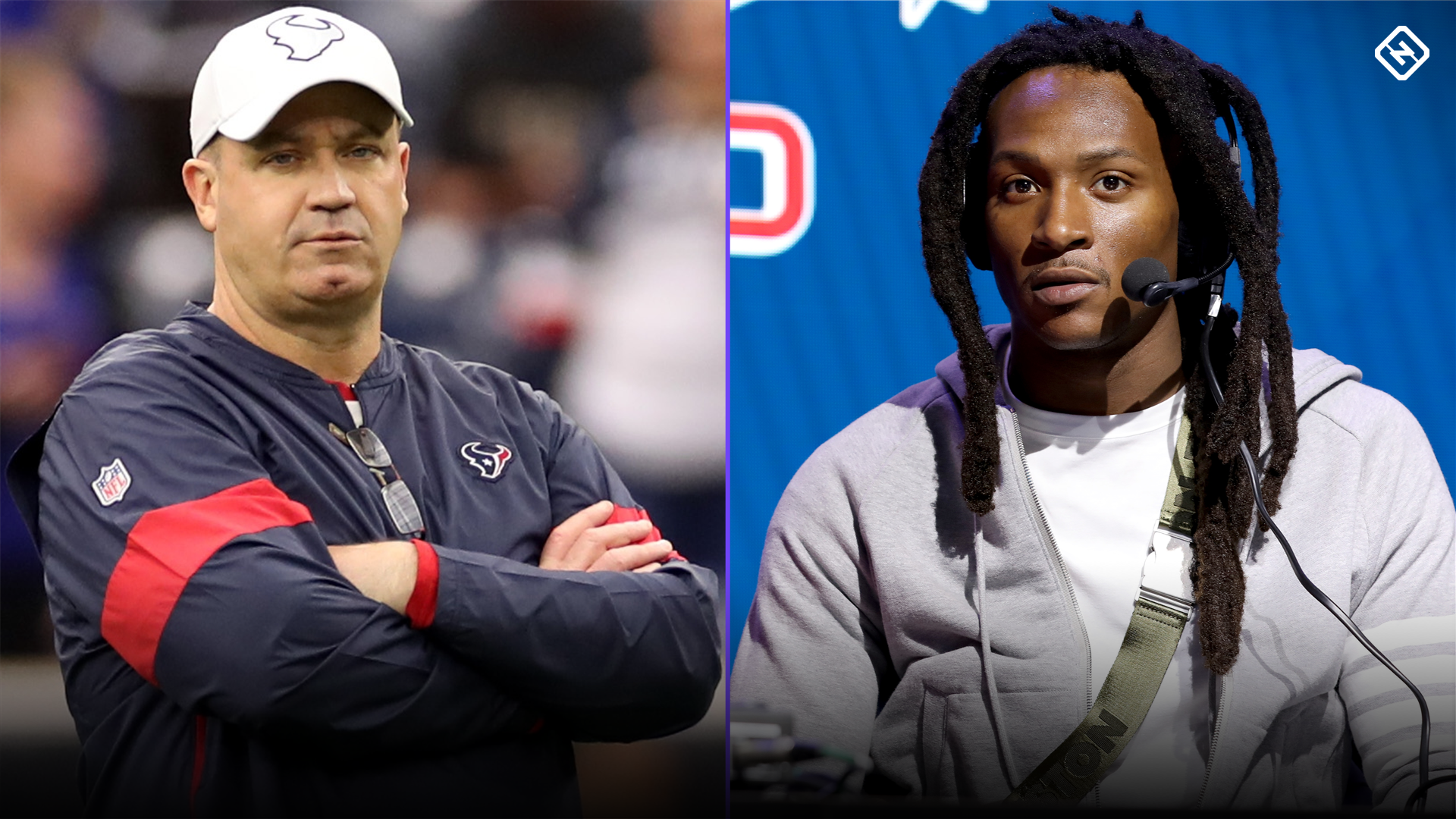 We may now have more insight as to why the relationship between DeAndre Hopkins and Bill O’Brien went wrong.

Earlier in the week, the Texans coach and GM traded one of the league’s best receivers to the Cardinals for David Johnson and a second-round pick. It was a head-scratching — and ridiculed — decision, given the caliber of player Hopkins is and the return O’Brien got.

While reports swirled that the relationship between O’Brien and Hopkins soured, it was apparently much worse than that — at least, according to former NFL wide receiver Michael Irvin.

MORE: Did Hopkins’ relationship with O’Brien stop trade to Patriots?

Irvin on ESPN’s Wednesday edition of “Get Up!” shared details of a discussion he said he had with Hopkins in which the Texans receiver detailed a meeting he had with O’Brien. In that meeting, Irvin said, O’Brien told Hopkins that, “‘The last time I had to have a meeting like this, it was with Aaron Hernandez.'”

“(Hopkins) said, ‘Michael, that blew my mind that he would even bring that up. I’ve never been in any trouble. I don’t know why would he equate me with Aaron Hernandez,'” Irvin said.

From there, Irvin said, the meeting between the two “deteriorated,” with O’Brien voicing displeasure over having Hopkins’ “baby mamas” around.

Irvin said O’Brien originally called the meeting following Hopkins’ dislike of O’Brien’s “control” over the locker room, and that there was a “power struggle” between the two. The hosts and others were left stunned over Irvin’s comments.

I would give O’brien the benefit of doubt if DeAndre Hopkins was a personality that outwardly act’d stupid. The only person in this feud I’ve seen act like an ass multiple times in public is Bill Obrien.

seriously doubt irvin made this up, or that hopkins made it up before telling mike. i’ve heard of college coaches saying madness like this, but in the pros? wow. https://t.co/Bp8gx06EmN

There were so many components to the Rays' Game 4 walk-off win Saturday night that even 20 minutes later, fans...

An undisputed lightweight champion will be determined in the main event of Saturday's UFC 254 as champion Khabib Nurmagomedov battles...

Tony Mullins is hopeful Princess Zoe can go close in her bid to complete a famous Group One double in...

For as omnipresent as Clayton Kershaw has been in the national baseball picture during his career, Dodgers right-hander Walker Buehler...

10 of the best places to visit in spring: readers' travel tips | Travel