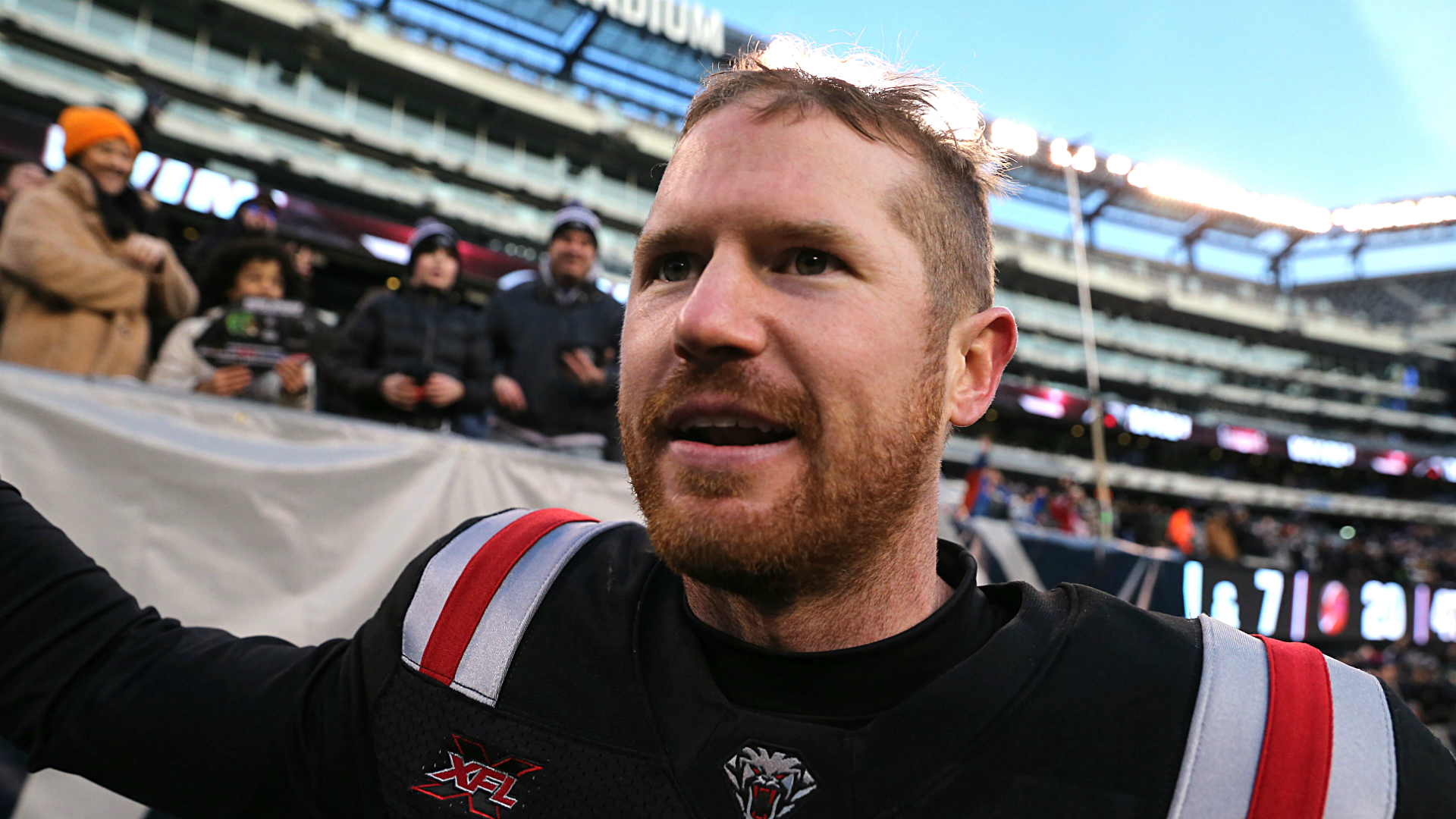 New York Guardians quarterback Matt McGloin wasn’t happy with the way his team played in the first half against the DC Defenders on Saturday.

The Guardians signal-caller — who last week completed 15 of 29 passes for 182 yards and a touchdown — gave a scathing review of his team right before halftime, saying his team needed to “change the entire game plan” after falling behind 12-0. He had, at the time, completed 5 of 13 passes for 32 yards and an interception.

He couldn’t have been much happier after his team’s first offensive outing out of halftime, either.

After three straight rushes to start the drive Guardians’ opening drive — all by Tim Cook III, who netted 19 yards — McGloin threw a bad interception to linebacker Jameer Thurman, who returned it 46 yards for a touchdown to make it 18-0 Guardians.

Not a great look — or throw — for McGloin.

Update: The Guardians benched McGloin in the fourth quarter. He finished the day completing 8 of 19 passes for 44 yards and two interceptions in the 27-0 loss.

Marlie Packer believes the England squad are in the safest possible environment; Watch England face Italy in their final match...

Golfing legend Jack Nicklaus told the world Wednesday who he voted for in this year's U.S. presidential election: the incumbent, Donald...

Tuesday night should have been a joyous celebration for baseball. The improbable 2020 season, one that could have either never...

Training for the Austin marathon can rejuvenate your heart health