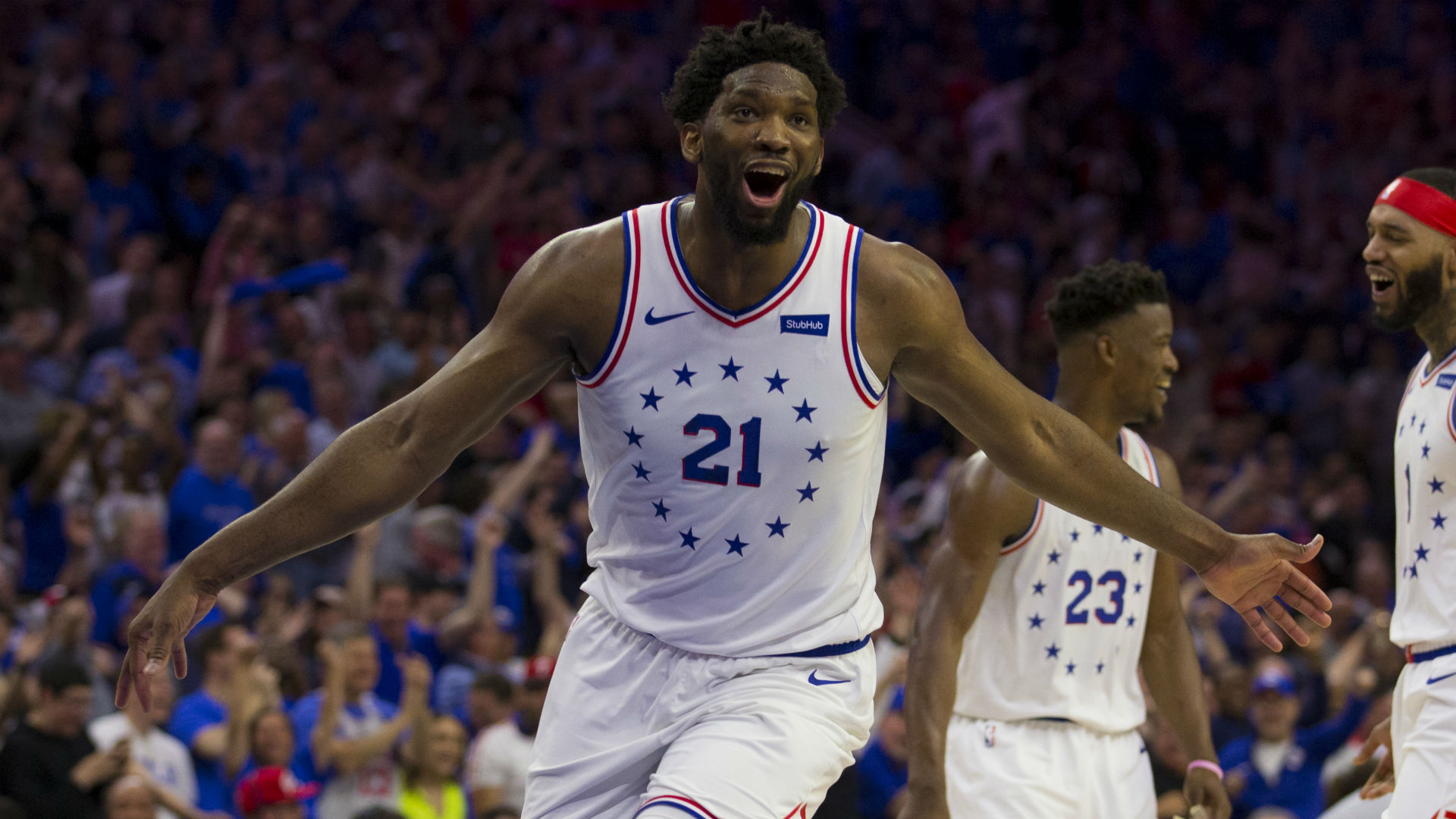 It has been more than half a decade since the 76ers revamped their franchise with a tank-centric approach, forgoing wins in the short term with the goal of greater victories in the long term. The new mindset gave birth to a three-word rallying cry for both fans and players in Philadelphia, with the team’s brightest star trademarking part of the mantra as a self-proclaimed nickname.

That response, given by Paul Trifiletti, a contestant on Wednesday night’s episode of “Jeopardy!”, was, of course, incorrect. It cost Trifiletti $1,000.

MORE: ​Brett Brown has an interesting reaction to 76ers being swept by Lakers, Clippers​

The gaffe got plenty of laughs on Twitter and even drew a response from Embiid, who is notorious for trolling players, fans or just random people like poor old Paul. The Philadelphia big man changed his name on Twitter to JOEL “DO A 180” EMBIID and tweeted out a video from his high school days of him clumsily running past the basket and literally doing a 180 to save the ball from going out of bounds.

To add insult to injury, Trifiletti came in second in Wednesday’s episode, falling $1,400 short at the end of Final Jeopardy. He should have just trusted the process.

Ron Rivera is the gift that keeps on giving in the NFL. "Riverboat Ron" has long been one of the...

Liam Plunkett played a crucial role during the middle overs during England's successful World Cup campaign and in the years...

Argentine football legend Diego Maradona has passed away at the age of 60 after suffering a heart attack.  The Gimnasia...

Molly Thompson-Smith is a Sky Sports Scholar and is in Moscow for the European Championships fighting for medals and hoping...

When will Steelers vs. Ravens be played? Week 12 game postponed from Thanksgiving after COVID tests

Positive COVID-19 tests for Ravens players and staff have put their Thanksgiving night game against the Steelers in jeopardy. As of Wednesday afternoon,...

Immigration health rules hit new parents: 'Not having any whānau here broke us'

One business is lighting up Spearfish