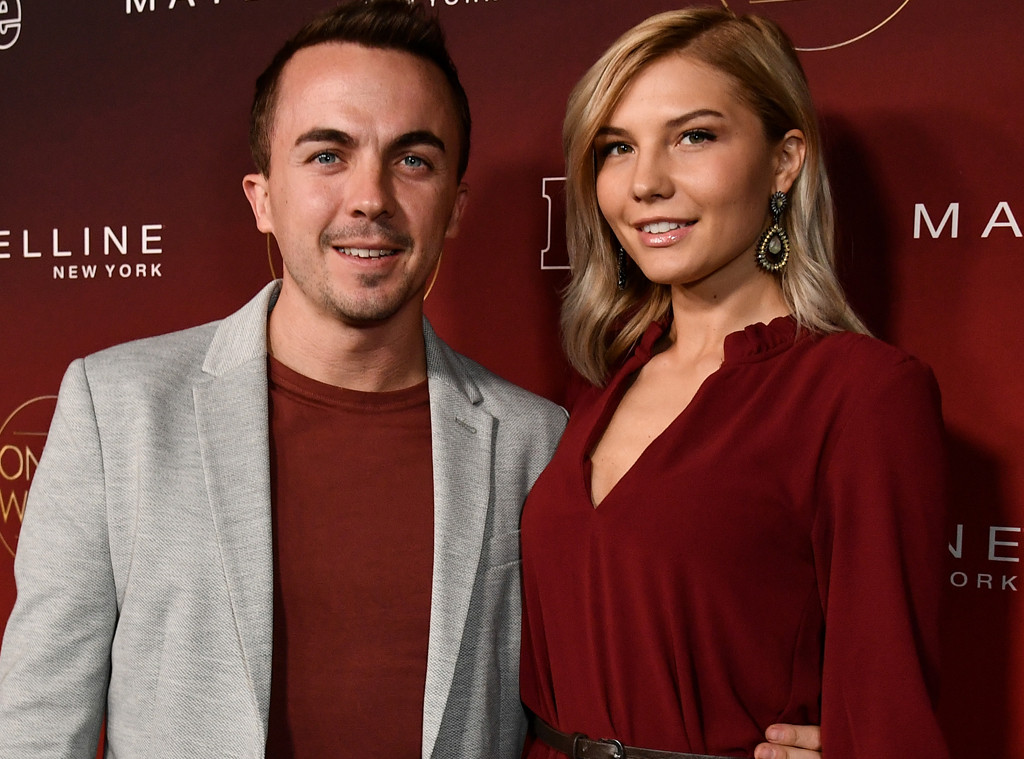 Frankie Muniz is a married man.

The famed actor officially the tied the knot with his longtime girlfriend, Paige Price, last weekend in Phoenix, Ariz., Us Weekly reports.

Frankie and Paige have yet to personally confirm the news, but the former child star previously said his wedding was scheduled for Friday. In a recent Instagram post he wrote after attending a hockey game with Paige, “It was the perfect way to cap off the best weekend of my life!”

The newlyweds may have just recently exchanged vows, but Frankie pretty clearly confirmed their future when he told the Internet, “That’s my wife yo!” in an Instagram comment on her page late last year. Back in March, the Malcolm in the Middle alum urged fans to “wish my future wife a Happy Birthday. Meanwhile, the bride has officially taken her well-known husband’s name on Instagram.

A year ago in November, the future husband and wife announced their engagement after Muniz popped the question at the Lantern Festival in Arizona.

“So thankful this Thanksgiving for my FIANCEE! Yep, @pogprice said yes! She makes my life instantly better! We’re eating our Thanksgiving dinner at Boston Market, but I wouldn’t want it any other way, as long as i have her by my side! #sheismyrock,” he wrote on Instagram at the time.

“Sometimes, reality has a tendency to overstep your dreams and really surprise you. Francisco Muniz IV, you’re more than a dream to me,” she wrote over on her page after the proposal. “You teach me every day, you compliment me when I’m at my worst, and you push me past the edge but you’re there to pick me up when I start showing signs of falling. I love every piece of you, and I appreciate you more and more every single day. I truly cannot wait to be your wife P.S. You’re officially the master of proposals.”

This chapter in the couple’s love story comes years after they first began dating around 2016. In 2018, they started Outrageous Olive Oils & Vinegars specialty shop together in Arizona, where they sell self-bottled premium olive oils and other goods.

Now, he’ll have her back for a lifetime. Congratulations to the newlyweds!

Fans won't get to see much of Jax Taylor and Brittany Cartwright's baby boy, nor their lives as new parents, on Vanderpump...

Exclusive Kylie Jenner says a man who was recently busted for burglary in her gated community has it out for...

As if Station 19 wasn't going to let Sullivan keep fighting fires.  Tonight's episode revealed the fate of the former battalion...

Groundhog Day - Health inequality in England was bad. It has got worse | Britain