Flight Centre will temporarily stand down 3,800 Australian workers as airlines across the globe suspend travel amid the coronavirus crisis.

The travel agency will be standing down a total of 6,000 support and sales staff across the company globally, either permanently or temporarily.

In a statement to the ASX on Thursday Flight Centre said travel restrictions and social-distancing meant staff levels were unsustainable. 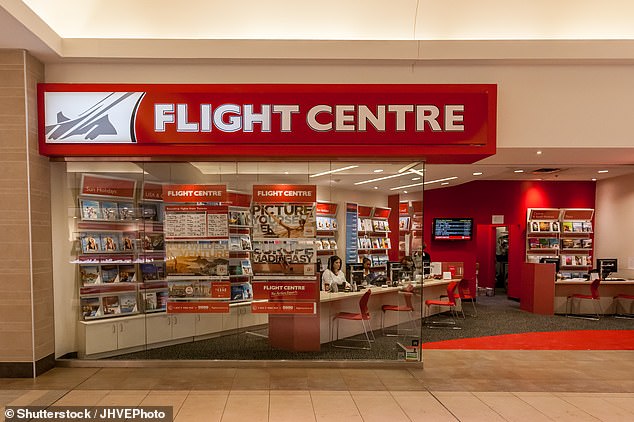 Flight Centre will stand down 6,000 support and sales staff, 3,800 of which are Australians, as airlines across the globe suspend travel

‘These never-before-seen restrictions, which have forced airlines to ground their fleets and heavily reduce their flight schedules, have virtually halted travel demand and led to the stoppage of the vast proportion of work that Flight Centre’s people previously carried out,’ the statement read.

The company said it intends on returning temporarily stood down staff, including all Australians, to the work force once restrictions have lifted and ‘demand increases’.

Over the last month transaction numbers for Flight Centre were between 20 and 30 per cent of regular levels.

In the meantime the company has engaged in discussions with employers to secure 10,000 call centre jobs they hope will go to their stood-down staff.

As the coronavirus crisis continues to escalate travel bans and airspace closures have seen more than 50 airlines across the world temporarily suspended.

On Thursday Virgin Australia said more than 1,000 of 8,000 workers asked to take leave will probably be made redundant.

The airline had asked 80 per cent of its 10,000 staff to take a mixture of holiday, long service leave and leave without pay.

‘Of the 8,000 that we asked to stand down yesterday, there is probably going to be more than a 1,000 of those (who) we do make redundant,’ Virgin Australia managing director Paul Scurrah told the ABC on Thursday.

‘This is the worst airline crisis the world has ever seen.’

Virgin Australia is also looking to redeploy staff to other companies – including major supermarkets and big banks – that need extra workers to cope with the pandemic. 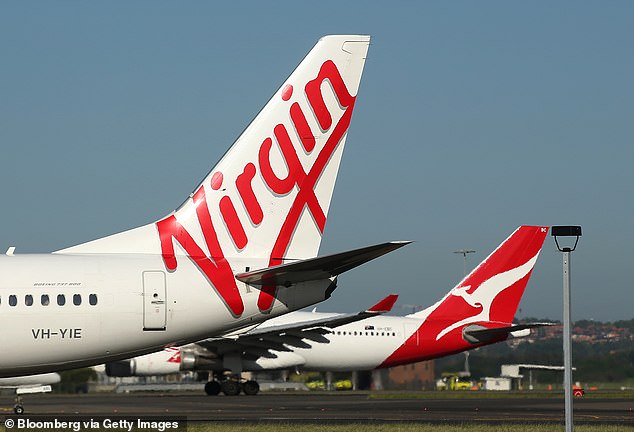 The announcement as Virgin Australia said more than 1,000 of 8,000 workers asked to take leave in the face of the coronavirus will probably be made redundant

Chantal Joffe//Victoria MiroChantal Joffe: Story, 2020In a corner of the painter Chantal Joffe’s studio, scenes of family life unfold across...

An opportunity to meet new people and get out of the house closer to home, Darren Rogers with North 40 Auto...

The changes in our lives and businesses in 2020 are much more than ever before. The once-booming urban mobility industry is...

And So It Begins | News of the Weird | Salt Lake City