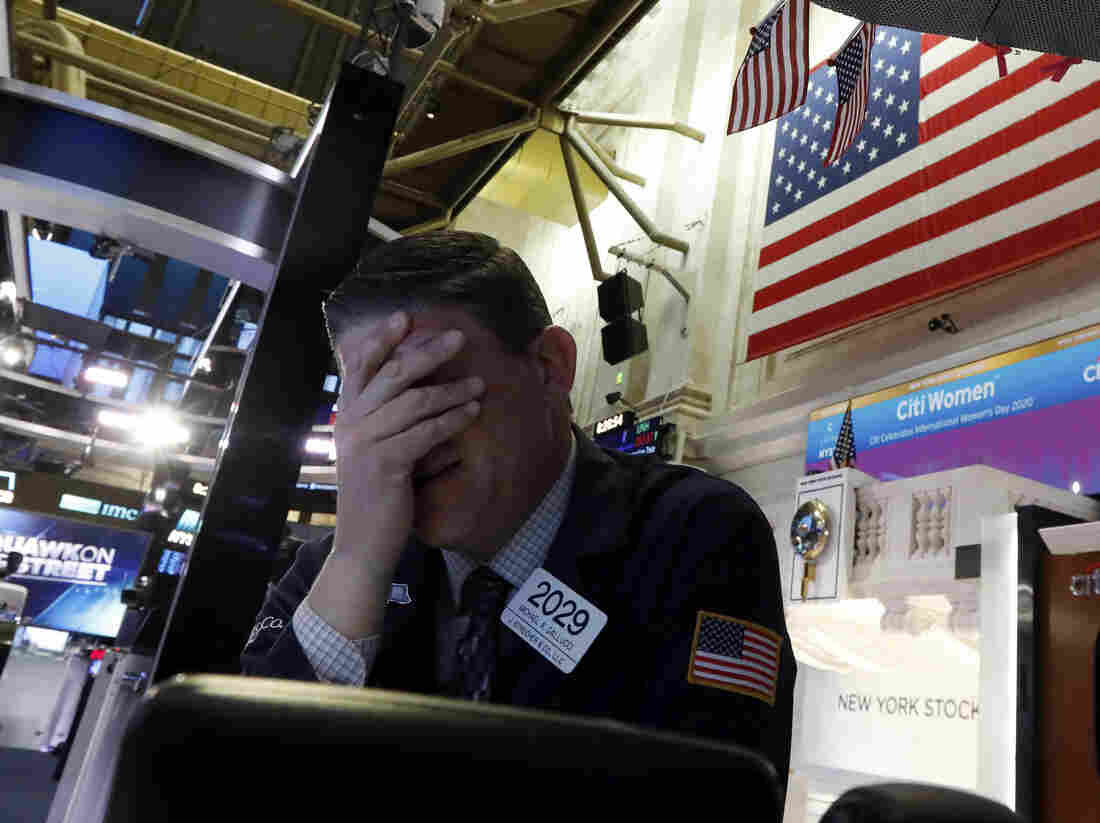 A trader reacts on the floor of the New York Stock Exchange on Monday. Major U.S. stock indexes plunged 7% before trading was temporarily halted. 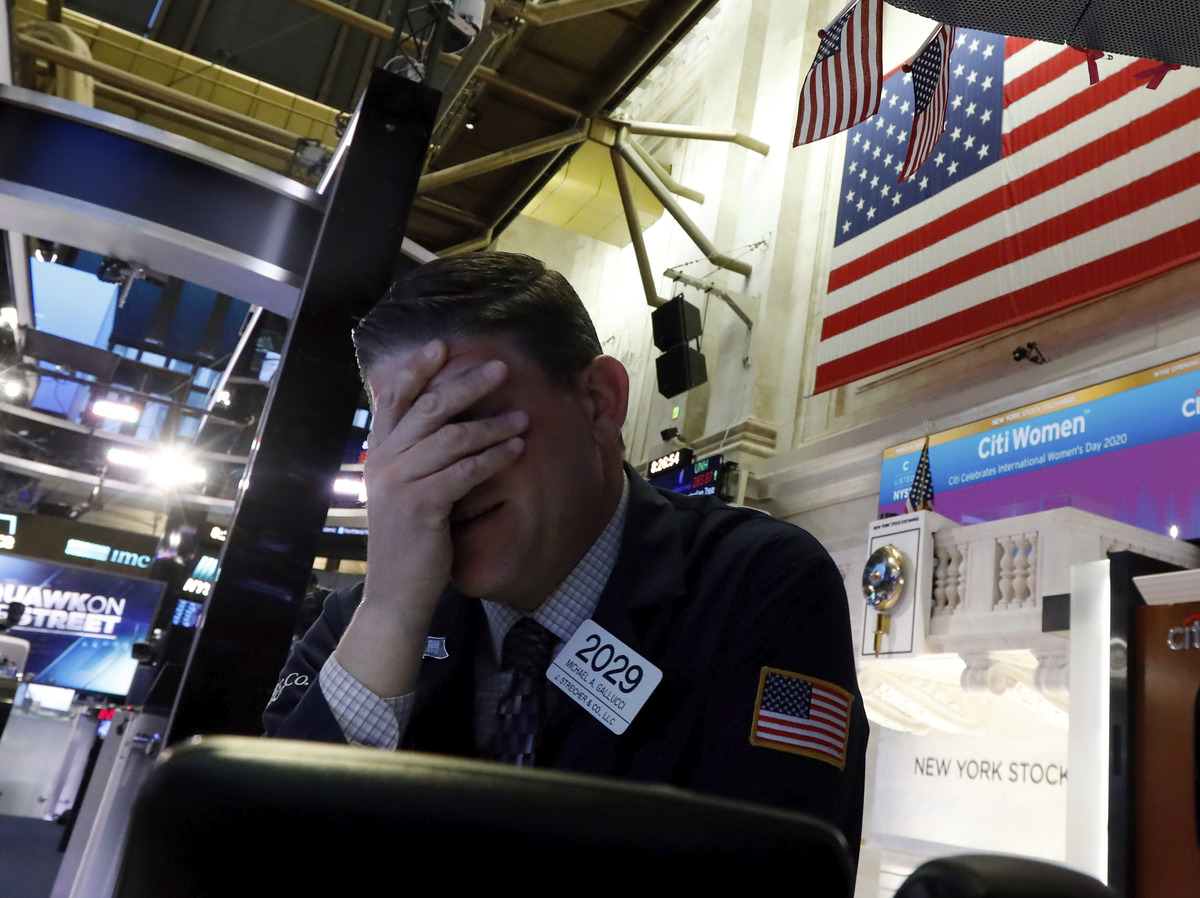 A trader reacts on the floor of the New York Stock Exchange on Monday. Major U.S. stock indexes plunged 7% before trading was temporarily halted.

Trading on the New York Stock Exchange was halted temporarily Monday after indexes plunged 7% in reaction to Saudi Arabia’s shocking oil-price cut. The financial market chaos comes amid increasing worries that the coronavirus epidemic will plunge the global economy into recession.

In early trading, the Dow Jones Industrial Average was down more than 1,900 points — more than 19% off its February peak. Stocks also fell sharply in Asia and Europe.

The price of oil also fell — down 21% Monday following the unexpected Saudi move.

As investors fled stocks and sought relative safety in government bonds, the yield on the benchmark 10-year Treasury note fell below 0.4% overnight before climbing above 0.5% Monday morning.

Over the weekend, Saudi Arabia announced a stunning discount in oil prices — of $6 to $8 per barrel — and a boost in production.

The move was a dramatic reversal from a few days earlier. Late last week, talks between OPEC and Russia collapsed after weeks of negotiations. The kingdom had tried but failed to get Russia to agree with OPEC to cut production in order to keep prices from falling in reaction to economic worries about the coronavirus.

The oil price war comes amid increasing fears that the coronavirus will hit the global economy hard as factories shut down, travel plans are cancelled and spending grinds to a halt. In Italy’s industrial region, 16 million people are under quarantine as the country fights to control the coronavirus outbreak there.

Worldwide, there are more than 110,000 cases of the COVID-19 virus, including more than 7,000 each in South Korea, Italy and Iran, according to a dashboard created by the Johns Hopkins Whiting School of Engineering.

Business picks up pace in China, but global virus spread may slow recovery