Could Bam Adebayo be the Heat’s answer to stopping Giannis Antetokounmpo in the playoffs? 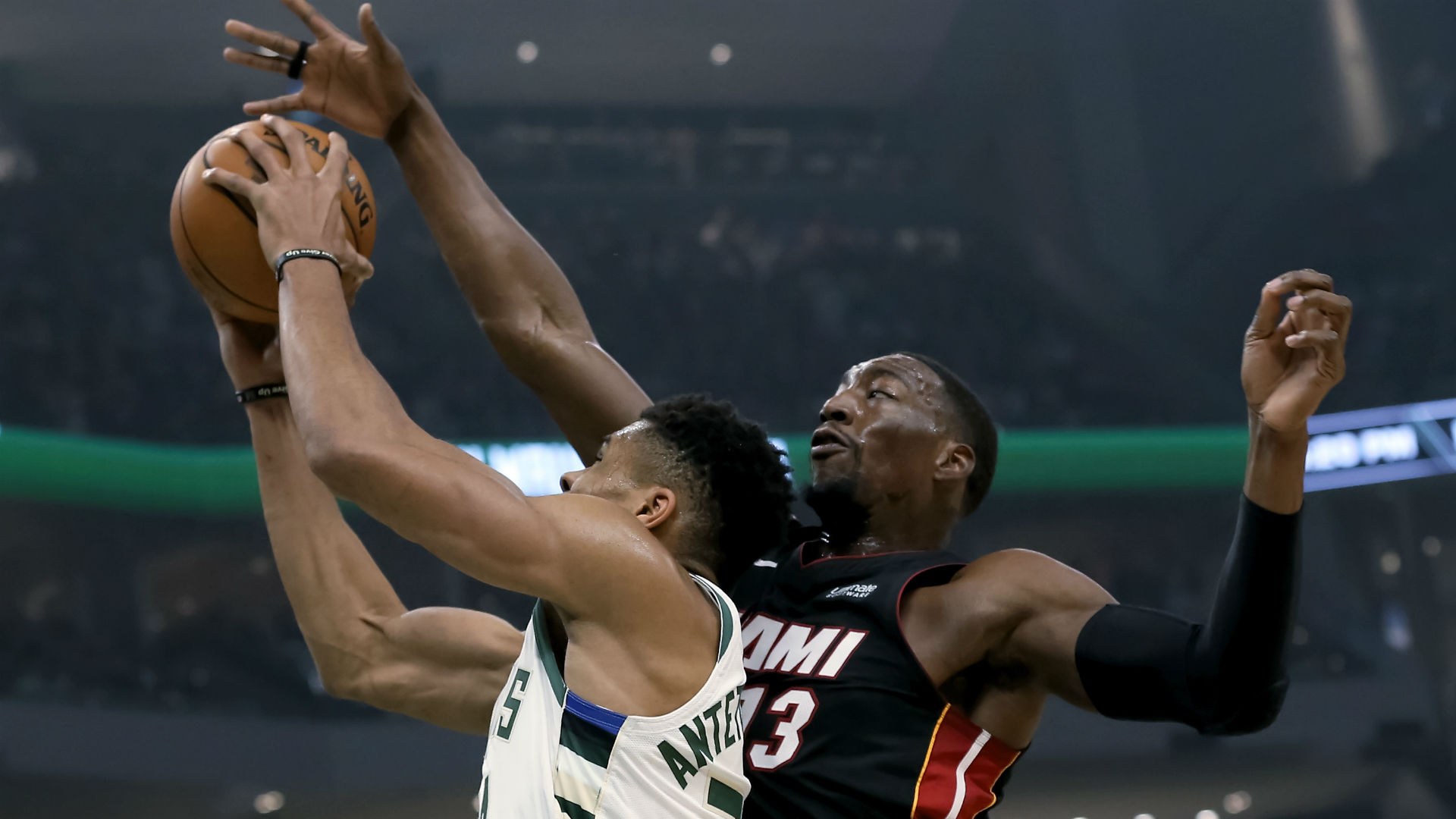 The Heat shut down Giannis Antetokounmpo in Monday’s 105-89 win over the Bucks, holding the MVP favorite to a season-low 13 points on 6 of 18 shooting from the field just one night after he scored 41 points against the Hornets.

How did Miami manage to stop the seemingly most unstoppable team and most unstoppable player in the NBA? Look no further than third-year center Bam Adebayo, who is quickly emerging as one of the league’s best defenders.

Time and time again, Adebayo showed the ability to put the clamps on the Greek Freak by using his rare combination of size, strength and lateral quickness.

What may be most impressive about Adebayo is his motor as he seems to never give his opponent a moment to rest. With the game easily won, he still went all out to block this layup at the end of the game.

Pat Riley had high praise for Adebayo in an interview with ESPN’S Zach Lowe for a feature story last month.

“He’s the Zo [Mourning]. He’s the UD [Udonis Haslem]. He’s the Dwyane [Wade],” Riley told Lowe. “They were standard-bearers. Bam is that person. He is the real deal.”

Fans have started to take notice of Adebayo, who’s making a strong case to make the NBA All-Defensive Team this year.

Adebayo has become more than just a defensive stopper, though. His offensive production has jumped to 16.2 points per game (up from 8.9 points last season) on 57.2 percent shooting. It may not be superstar level scoring yet, but the NBA All-Star Skills Challenge winner is an important — maybe the most important — cog in the machine for this Miami team that could be a giant slayer come playoff time.

The Heat currently sit fourth in the Eastern Conference standings, well ahead of where many projected them ahead of the season. More impressively, they’ve got a winning record against the Bucks (2-0), Raptors (2-0), 76ers (3-1) and Pacers (2-0). And both of their losses to the Celtics came on the second night of a back-to-back (the first was played without head coach Erik Spoelstra).

If Adebayo’s performance against Antetokounmpo is any indicator, he could be Miami’s go-to defensive stopper come playoff time, tasked with stopping skilled bigs and athletic wings like Ben Simmons, Joel Embiid, Pascal Siakam, and Jayson Tatum. Miami also has Derrick Jones and Andre Iguodala to apply defensive pressure on wings.

The Heat also have the 3 to go along with the D. They are second in the NBA in 3-point shooting percentage (38.2 percent) and seventh in 3-pointers made (13.4 per game). Eight different players combined to make 18 of 37 triples (48.6 percent) in Monday’s win over the Bucks. If they can get guys like Duncan Robinson (43.8 percent), Jae Crowder (43.5 percent) and Kelly Olynyk (42.0 percent) to continue their hot shooting, and they can get solid contributions from Iguodala, they could potentially make a run to the Eastern Conference Finals or further.

Peter Roff: Not all surprises are good, especially in health care

How Hard has Coronavirus Hit the Travel Industry?

US politics updates: Reports of pre-emptive pardons for Donald Trump’s children concern Biden ‘a great deal’, as it happened