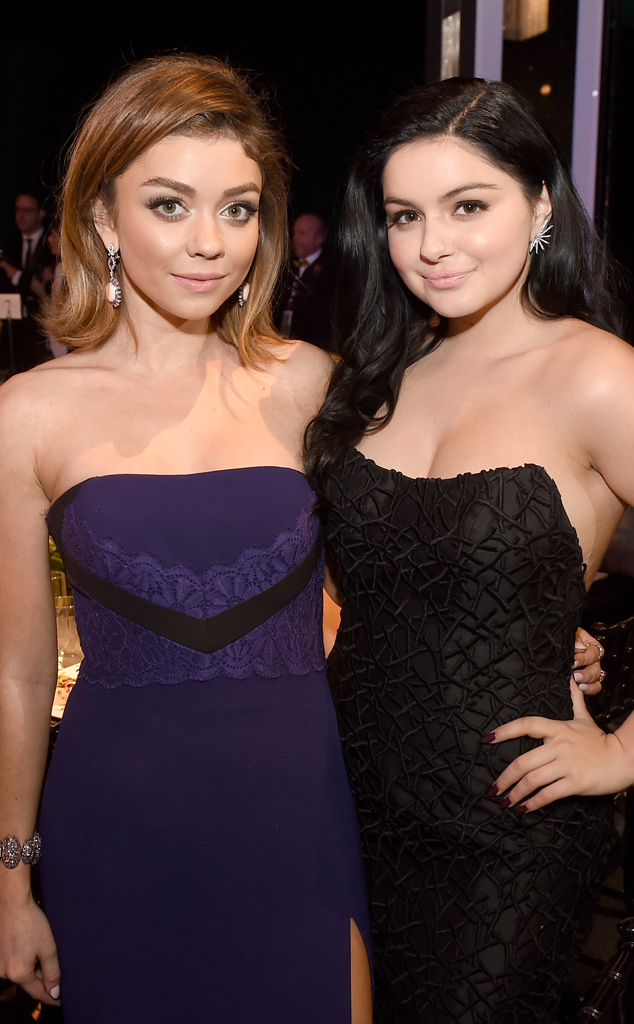 The Dunphy sisters were style twins as they bid farewell to Modern Family.

While the famous cast wrapped filming on the beloved ABC series on Friday, it was not the final goodbye for the stars of the long-running sitcom. On Saturday night, they gathered together to celebrate with a wrap party, where Sarah Hyland and Ariel Winter proved just how in sync they are after a decade of playing sisters.

As evidenced by photos Hyland shared on Instagram, the actresses posed together at the soirée in ruched, sheer black cocktail dresses—and the resemblance did not go unnoticed.

“Love these people with all my heart. 11 years together is proof you and your tv sister will start wearing the same outfit, siblings for life will be made, and you’ll forever fight over the same professor,” Hyland wrote. “We’ll always be Dunphys and we’ll always have each other.”

The ladies also posed with their on-screen brother, played by Nolan Gould, as well as co-star Chris Geere.

In another sweet shot, Hyland hugged youngster Jeremy Maguire, the 8-year-old who plays Joe Pritchett and shared perhaps the sweetest tribute to his time on the show.

“It was a really spectacular opportunity and, the cast and crew, I can’t put into words from the bottom of my heart how amazing they were,” he said in a video posted to Instagram. “They were so nice to me and the cast and crew made me feel part of the family.”

Dodgers Advised to Quarantine for 2 Weeks By Health Dept. Over Justin Turner Test

Dodgers Advised to Quarantine for 2 Weeks By Health Dept. Over Justin Turner Test

Exclusive The Dodgers are "working closely" with the L.A. County Health Department after Justin Turner tested positive for COVID …...

On Wednesday, Oct. 28, the Miss America Organization confirmed the tragic news that former Miss America Leanza Cornett had passed away. She...

Dodgers Plane Heading Back To L.A., Here Come The Champs!

Breaking News The World Series Champs are headin' to the City of Angels ... with the Dodgers currently on a...

Like millions of people this year, Armie Hammer has not been okay. And that's okay. The 34-year-old actor, who was most recently...