Broadway and TV star Nick Cordero remains in critical condition after undergoing medical procedures and having to be resuscitated amid his hospitalization for the novel coronavirus, his wife Amanda Kloots says.

The fitness trainer had revealed on Instagram on April 1 that the 41-year-old Tony-nominated actor, father of their 10-month-old son Elvis, was admitted to an ICU after experiencing pneumonia-like symptoms. Days later, Kloots confirmed that Cordero had tested positive for COVID-19. On Saturday night, she gave an update on his condition.

“We had really great progress and then yesterday I got a phone call saying that he had an infection in his lungs that caused his fever to spike way above normal, which caused his blood pressure to drop, which caused his heart to go to an irregular pattern,” Kloots said in an Instagram Story video. “He lost consciousness, he lost his pulse and they had to resuscitate him. It was very scary. They had a very hard time getting him back.”

She said Cordero was put on a machine that helps support his heart and lungs and a dialysis machine to help with the function of his kidneys, and was also on a ventilator. She said he later underwent emergency surgery to alleviate a blockage of blood flow to his leg.

“He made it out of surgery, he is alive. He is still in very critical condition. He is struggling; just every minute counts right now,” she said, breaking down in tears. Again, I thank you for your prayers and everything and please just keep praying.”

On the morning of Easter Sunday, Kloots posted on her Instagram a video of herself dancing for her and Cordero’s son inside their Los Angeles home. 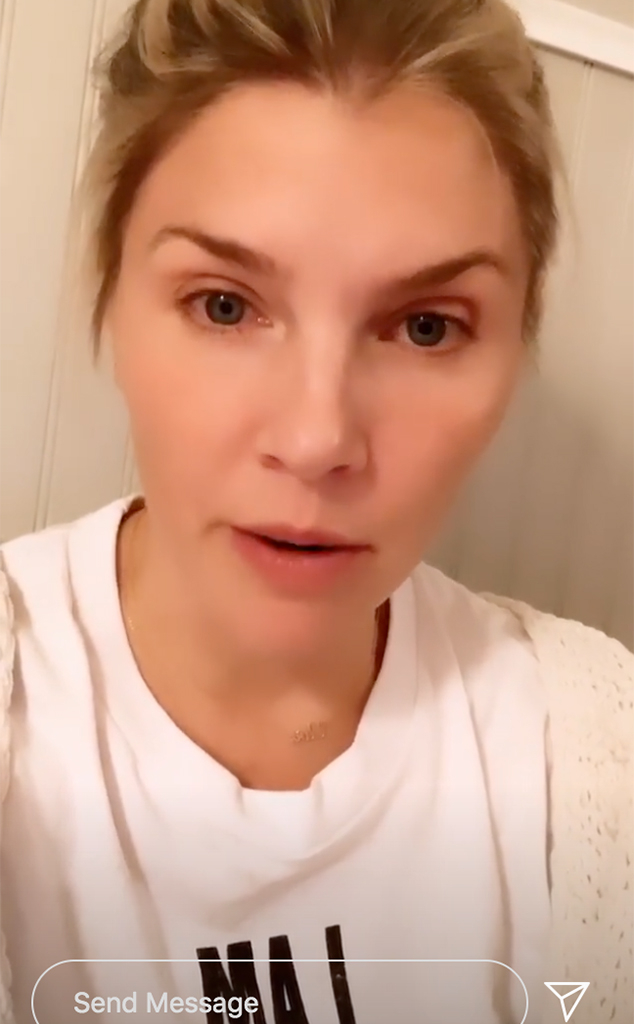 “Everyday I film a home video for Nick,” she wrote. “I send it to his phone so that when he wakes up he can watch them and feel like he’s been with Elvis and I everyday. I filmed this the other day and in sending it to him realized what Elvis was doing as I was desperately trying to entertain him. My great friends have encouraged me to try to laugh at least once a day. When I saw this video I definitely let out a chuckle. I hope you do too. All I can say is, Elvis is a tough critic!”

Cordero is known for roles in Broadway musicals such as Bullets Over Broadway, Rock of Ages, Waitress and A Bronx Tale. In recent years, he also appeared on TV shows such as Blue Bloods and Law & Order: Special Victims Unit.

Watch NBC News Special Report: Coronavirus Pandemic Tuesdays at 10 p.m. ET/7 p.m. PT on NBC, MSNBC and NBC News NOW. For the latest updates on the coronavirus pandemic and for tips on how to prevent the spread of COVID-19, please visit The Center for Disease Control and Prevention at https://www.cdc.gov.

Twelve seasons. Five All Stars off-shoots. 126 queens. That's a whole lot of charisma, uniqueness, nerve and talent, mama. But not all...

Breaking News TikTok users around the U.S. are probably sighing with relief, 'cause President Trump appears to now be cool...

Jessica Mulroney On Where Her Friendship Stands With Meghan Markle

Play video content A Donald Trump supporter is facing a felony child abuse charge after attacking a 13-year-old girl with...